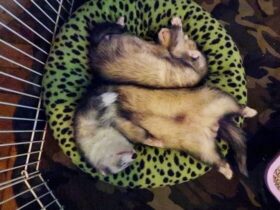 Male And Female Ferret Differences Explained: Which One Is For You?

Have you heard of angora ferrets?

What is the difference between an angora ferret and a standard one?

Angora ferrets are extra fluffy ferrets with impressive fur. They aren’t standard ferrets you can find all around you and they aren’t that common to people. So, what are they, and how were they bred is information you can find out in this post.

What Is Angora Ferret?

Angora ferret is another type of ferret and the main feature is a long and shiny fur. They have much longer fur than standard ferrets, you can consider them as long hair ferrets. Having longer fur is one of few differences between them and standard ferrets so we can’t classify them as another breed of ferrets. We can classify them as another type of ferret.  When it comes to nutrition, health, care, trainability, and other treats, they are identical to ferrets we all know and love. 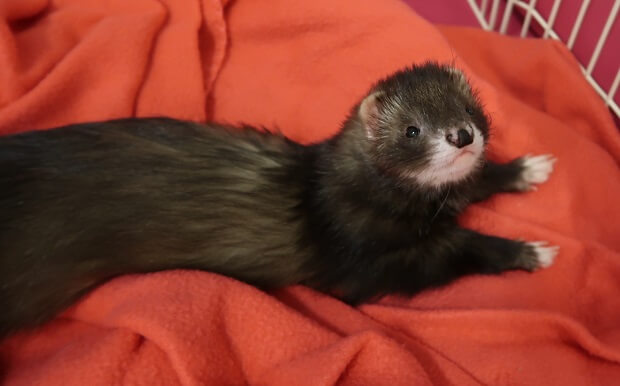 Angoras are very young types of ferrets. They are around us for three decades so you can see why they are still unknown to the public eye. But, their popularity is growing day by day thanks to their beautiful and shiny fur. Long hair ferret’s story began in Europe, in Scandinavia to be exact. It all happened in one Swedish breeding facility where some ferrets developed longer and more impressive fur on the back legs. That caught the eye of the breeder from Norway since the fur was of great quality. So, that person decided to combine ferrets with longer fur to breed offspring with longer fur. Long story short, angora ferrets became a new type of ferret.

The thing that makes Angoras so interesting is their fur. The hair on their body can grow to be 2 to impressive 4 inches long. That gives them more fluff and that distinctive fluffy look which makes them look much bigger than standard ferrets. 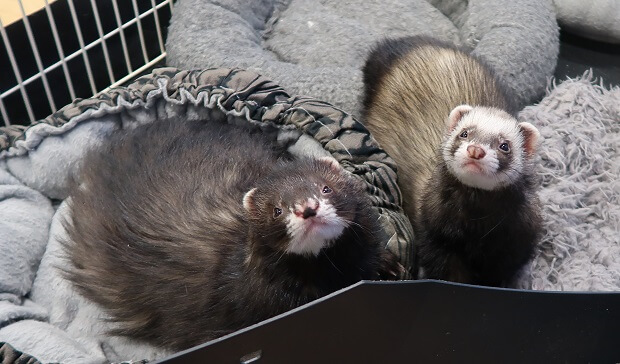 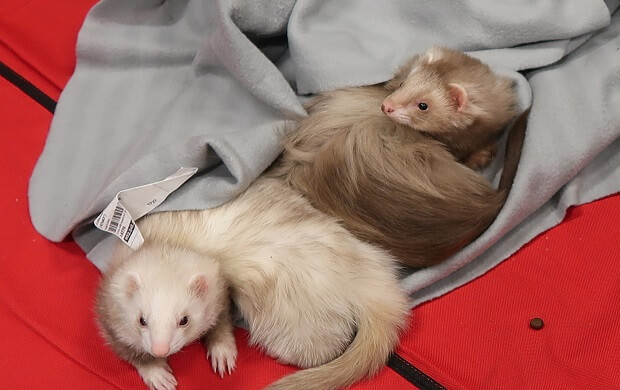 So, Angoras have a slightly different story regarding their fur. Their main characteristic is the fact that their undercoat is the same length as their top coat. Due to that, people often think that Angoras don’t have undercoats. They do, but it is the same as the top coat. Their fur reaches its true potential when they are adults because it takes time to develop rich and fluffy fur like that. Also, the winter fur is much more impressive than the summer fur, which is natural because just like standard ferrets, they have two seasonal shedding periods in a year.

Another pretty interesting, although not a good characteristic, is the nose. The nose of long hair ferrets can look slightly different from standard ferret noses because they can have hair on the folds of the nostrils. Besides that, it can also have extra skin folds near the nostril. Those things aren’t bad for ferret’s health for now, which is a good thing, but, we don’t know if it will develop into something serious. 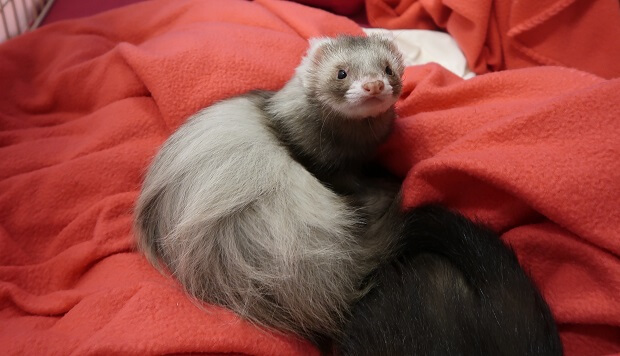 Having extra hair in the nostrils seems like it can develop into a breathing problem and that is why most Angora ferret breeders are looking for a way to avoid those “deformed” noses. To do that, those breeders are breeding Angora ferrets with noses that look like standard ferret noses, to avoid developing ferrets with potential health issues.

There is more than one type of Angora ferret and the type depends on those two characteristics I mentioned above – the fur and the nose. With that in mind, we have full angoras, semi angoras, half angoras, and part angoras. So, let’s see their differences.

A full Angora is a ferret with 100% Angora genes. This ferret has the longest hair from all categories and it has minimal difference between under and top coat. Some people even say it doesn’t have an undercoat, only top coat. Also, this type of Angora mostly comes with the Angora nose I mentioned above.

Semi Angora also comes with impressive fur but it is not as long as in the full Angora ferret. The undercoat on a Semi Angora Ferret is short and the nose is the same as the nose you would see on a standard ferret. 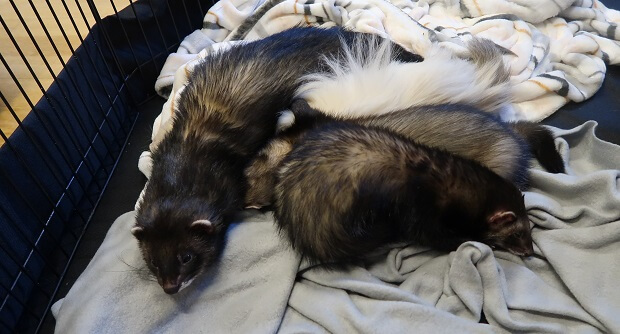 As you can assume from the name, this Angora ferret type is an offspring of Angora and standard ferret parents. Their fur is rather long, but it is shorter than in Semi or Full Angoras. When it comes to nose form, it is the same as the one you would see on a standard ferret.

Part Angoras as all ferrets that carry less Angora genetic materials. Their genetic materials are more standard than Angora, but they still carry a few Angora genes in them. You can expect them to have fluffy fur, but nothing in comparison with a Full Angora ferret. Of course, there are some part Angoras that have a beautiful long coat, but they are more of an exception than a rule.

Are Standard And Angora Ferrets Any Different?

If you put aside the fur length and the nose shape, you would see that there isn’t any difference between those two types of ferrets. They are both equally healthy, they are both prone to serious illnesses like insulinoma, they are both obligate carnivores because they are both ferrets. 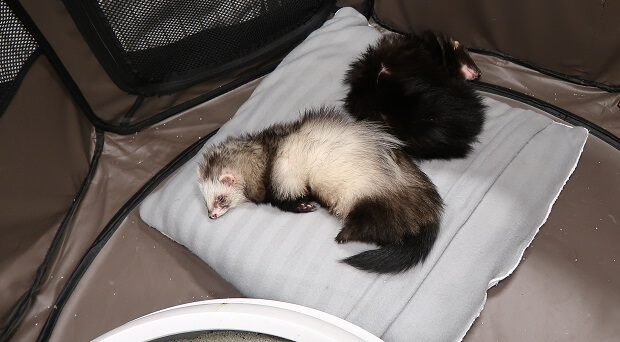 They are both crazy, they will both keep you on your toes. The only thing different is that the Angora ferret will look more fabulous while doing it!

So, if you are looking for a ferret, an Angora ferret can be your option. But, keep in mind that there aren’t that many ferret breeders that can offer you Angoras. Also, I assume that the price of an Angora ferret is slightly higher than a price of a standard ferret so make sure you adjust your budget to that too.

Angora ferrets are very beautiful thanks to their long fur. They are a rather new type of ferret which means that they can develop some other characteristics in the future and that makes them super interesting. Have you seen an Angora ferret? What do you think of their fur length? Share your experience with us and subscribe to the Friendly Ferret newsletter today!