What happens if you have a ferret in heat?

Is a female ferret heat more dangerous than the ones in a male ferret?

Here you can learn about ferrets and heat, their heat cycle, how to recognize it and what to do about it. If you don’t plan to breed your ferrets (which I strongly recommend to leave to the experts), you should get your ferret fixed. Why and how are the important questions and I will answer them right here!

The mating period in ferrets happens between March and September. It is a rather long cycle and it is connected to the season, meaning the longer the day becomes, the bigger are the chances your ferret will be in heat. 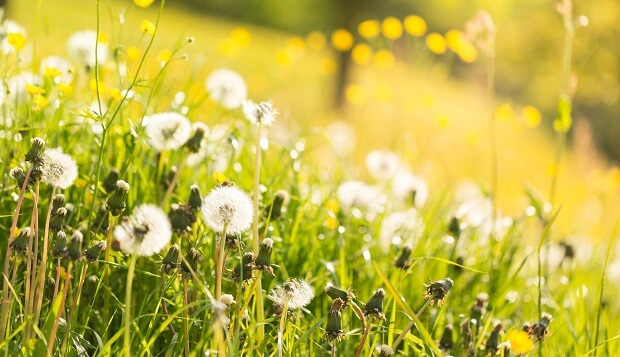 Every ferret reaches sexual maturity during its first spring. Depending on the date of birth, that can happen around 4 months of age, to up to 9 months. Both genders develop certain signs so you can recognize if they are in heat or not.

The thing both genders have in common during the heat is that they produce more oil on their skin and develop a stronger smell. This smell happens only during mating season and if you decide to fix your ferret, the smell will still be there, but much weaker, almost unrecognizable.

Female ferret (also known as jill) will have a stronger smell and oily skin during mating season. But, that is not the only sign. One much recognizable sign is the swollen and enlarged vulva. The female ferret heat is actually very dangerous if you don’t let her mate because she will stay in heat until mating. That has a bad effect on her body, causing anemia which can lead to death. 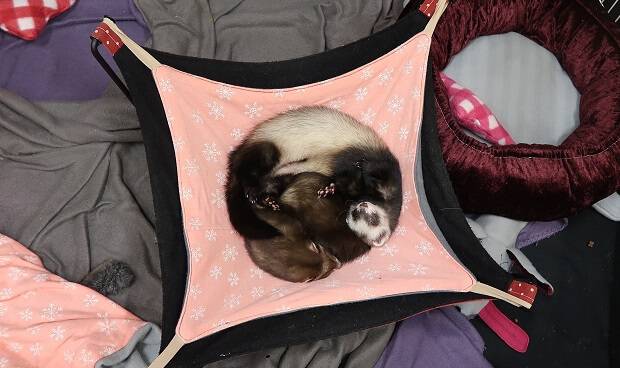 When a jill comes into heat, it produces estrogen and that reduces red blood cell production in her body. That causes anemia which is a dangerous state for a female ferret. Once you mate your jill there are two outcomes. She can become pregnant, or she can again come into heat if the breeding season isn’t done. So, if you don’t want to breed your ferret and you want to keep her safe, you have to spay her. I will talk about spaying options later in the article so continue reading!

Male ferret (also known as a hob) will also have a stronger smell and oily skin during mating season. But, he will be much smellier and oilier than female. He will use his odor to mark his territory so don’t get surprised if your ferret starts peeing on his bedding and then drag his testicles through it. Also, the testicles will drop and swell which is a pretty good sign of a hob in heat. 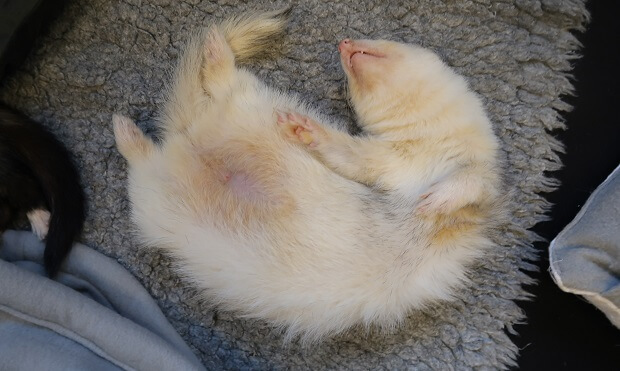 When you have a male ferret in heat, then you can call him a rut. The behavior of the male in heat (a rut) will change too. He will become more aggressive (but not a wild beast). He will also be more territorial and he will try to mate. Probably the most distinguishable sign is the smell, which is pretty strong. Just like with jills, the smell will decrease once a ferret is fixed.

If you don’t want to breed your female ferret, you have to do something to prevent her from coming into the heat. Leaving her intact is not an option for a jill that won’t have kits. Due to that, there are a couple of methods you can do to prevent the female ferret heat cycle.

Spaying is the most invasive procedure because it means removing the entire female reproductive tract. People do it with other pets like cats, dogs, rabbits, etc. It removes the possibility of having kits, it reduces the smell connected to jill coming into heat. But, the problem with this procedure is that it mustn’t happen too early in their life. A ferret shouldn’t be younger than around 9 months or she can experience health problems later in life. If you decide to spay your female ferret, make sure you do it with a vet that knows about ferrets so he/she can recommend a proper time for it after a thorough checkup.

The vasectomized male is a male ferret that still has testicles, but can’t produce sperm to impregnate a jill. If you decide to go with a vasectomized male, you should know that it can prevent the heat in a female ferret, but it won’t reduce her smell. Also, you will have to repeat the procedure every time a female comes into heat. The problem with this procedure (except having to repeat it) is the fact that the jill can experience false pregnancy. Then she can start behaving like a pregnant female, meaning she can produce milk, start nesting, even show signs of aggression. 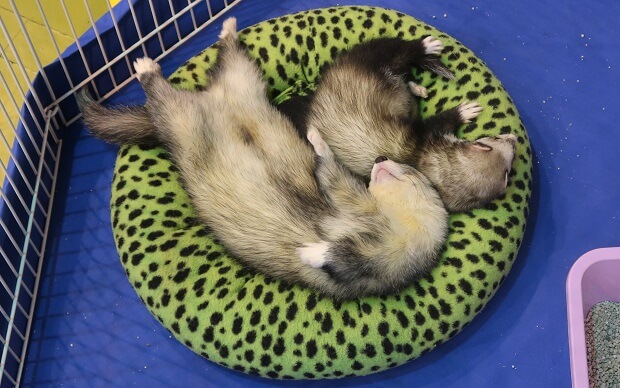 If you want to mate your jill with an intact male, you should know that she can get pregnant. An intact male is a male with all reproductive organs in place, meaning he will be able to get your ferret pregnant. With that in mind, you should avoid this option or you might end up with a litter of kits or false pregnancy. Breeding ferrets is not easy and you should leave that to professionals. They can be sure that both mother and kits are safe and healthy.

Chemical castration is a procedure where you apply a hormonal implant to your ferret. That implant is the most recommended procedure because it is not as invasive as spaying or mating. The implant prevents females from coming into heat and it prevents their smell from getting stronger. It keeps all hormones in check which also reduces the risk of adrenal diseases and other very serious diseases in ferrets. It lasts around 18 months, which means that after a year and a half you have to apply another implant.

Male ferrets are much safer when it comes to mating season. They won’t develop anemia if they don’t mate, but their other signs are much stronger than female ferret heat signs. They produce a stronger odor so you have to work mostly on that.

This option is the same as the one explained in the female ferret heat prevention above. The implant makes sure that your hob can’t impregnate any female ferret during mating season and he won’t have a stronger smell than before. He will basically act as he was castrated. The period one implant lasts is slightly shorter than the period for females. Most hobs have to replace an implant in around 16 months from application. 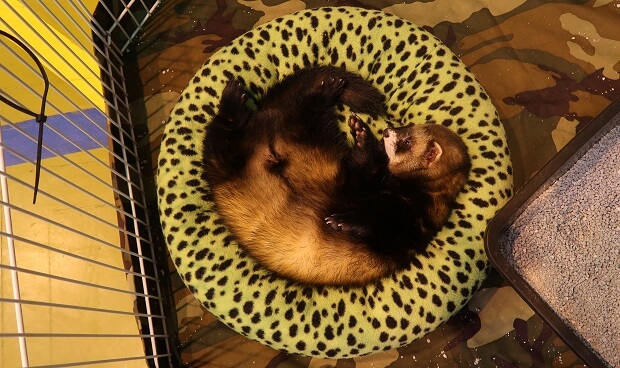 What is spaying in female ferrets, castration is in male ferrets. It is a common procedure for male dogs, cats, and other animals. It is a recommended procedure for people who don’t want to breed their pets. During castration, the vet removes the ferret’s testicles and with that, it removes his chance of mating and becoming a father. Since this is the most invasive procedure, you can also expect the weaker smell, milder behavior, and removal of a drive to mate.

Vasectomy is less invasive than castration because it doesn’t remove the testicles. It only removes a part of the sperm duct so a hob can’t impregnate a jill. That is the only thing it does because he will still have a drive to mate and he will still have a strong odor during mating season. The testosterone level won’t change, the only thing that changes is the absence of sperm.

Having a ferret in heat is not good if you don’t plan to breed him or her. That is extremely important if we are referring to the female ferret heat cycle. Make sure you choose the right way to prevent your jill from coming to heat so she can be happy and healthy.