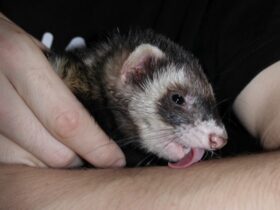 How to recognize heatstroke in ferrets?

Do you want a male ferret or a female?

Are there differences between male and female ferrets?

Today I want to show you male and female ferret differences, if there are any, and whether you should get a boy ferret or a girl ferret. So, let’s take a look at the physical and other characteristics of both genders!

The biggest difference you can notice between a male and a female ferret is the size. Female ferrets size is smaller than male ferrets. They are usually 30-40 cm (12-16 inches) long and their weight goes around 0.8 to 1.5 kg (1.8lb to 3.3lb). 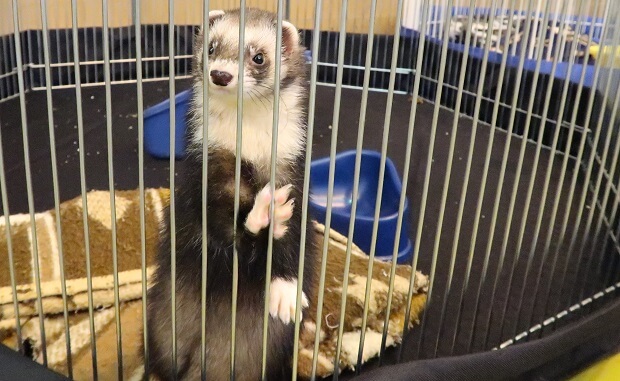 Besides female ferret size, you can also notice the difference in the overall body. For example, female ferrets have smaller heads, while male’s heads are more round. If you want to check the gender of the ferret, turn her on the belly. The vulva should be near the anus of the female ferret.

If you want a female ferret, you should know that their heat cycle is very important. When a jill ferret comes into heat, she won’t get out of it willingly, meaning, the only way to stop it is to mate the ferret. So, if a jill ferret stays in the heat for too long, she can have serious health issues. The female ferret heat can develop aplastic anemia due to the fact that during heat, a jill has increased estrogen level in her body which eventually leads to loss of red and white blood cells – anemia and inability to fight infections. 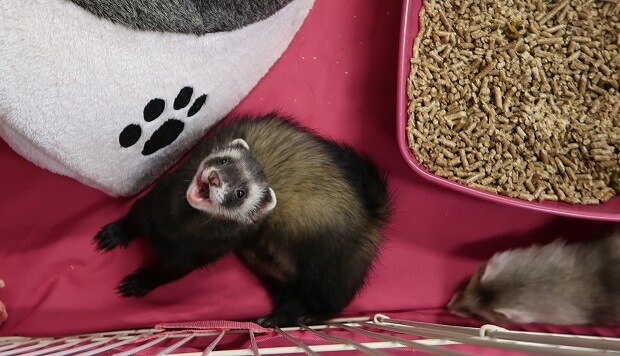 This may not sound like a serious issue, but female ferrets can die if you don’t treat that. If you plan to get a female ferret, you have to spay her to keep her healthy, especially if you don’t plan on breeding her. Spaying is an operation when a vet removes reproductive organs. A female ferret shouldn’t be younger than 9 months for that. But, there are other options too and you can read about them in my post about ferrets in heat.

It is hard to set a rule when it comes to a ferret’s character based on his/her gender. But, if you ask experienced ferret owners, you will get an answer that jills or sprites are more independent spirits. They are not that cuddly and often they are the dominant ones in the business. But, a have to say it again, this is not a rule and it depends more on the personality of a ferret than on the gender.

Male ferrets are also called hobs and gibs. Hobs are unneutered (or whole) ferrets, while gibs are neutered male ferrets. You can use either name for a male ferret, depending on the type you have. 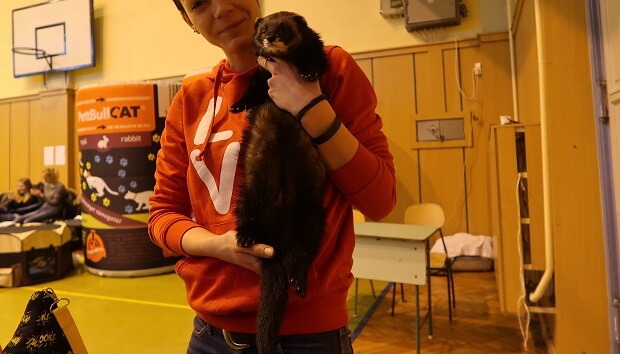 Male ferrets are much bulkier in their build and they usually come with bigger and rounder heads. When it comes to genitalia, the penis is much higher on the belly (people can confuse it with bellybutton). 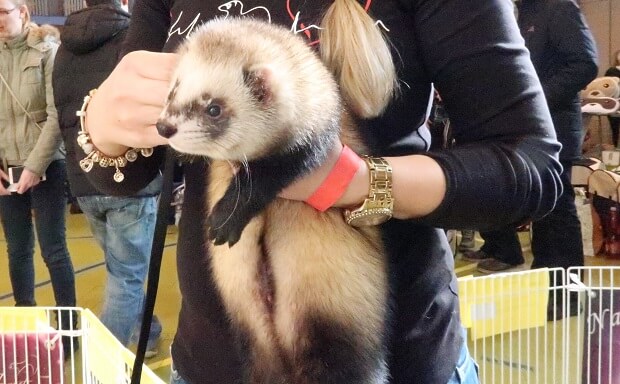 That is why it is a good idea to separate a male ferret in a rut from other ferrets you have. If you want to avoid the entire mating season experience, you can neuter your ferret and make his and your life much simpler. If you do it, you won’t experience either aggression or that strong musky male smell. Just like with the females, it is a good idea to check what are your options before deciding on the neutering procedure. You can read more about it in the same post about ferrets in heat.

Hobs and gibs are in general lazier than jills and sprites. That is not a rule because there are crazy male ferrets and lazy female ones too. The personality of a certain ferret is not connected to his gender, but let’s just say that we aren’t surprised when a hob prefers to sleep and cuddle.

Male Or Female Ferret: Which One Is For You?

The gender of the ferret actually isn’t important. What matters is the ferret’s character. I would recommend thinking about where to look for a good and healthy male or female ferret for sale because that is what matters. Most of the time, getting a cheap ferret or a ferret from a pet store is not the best option. 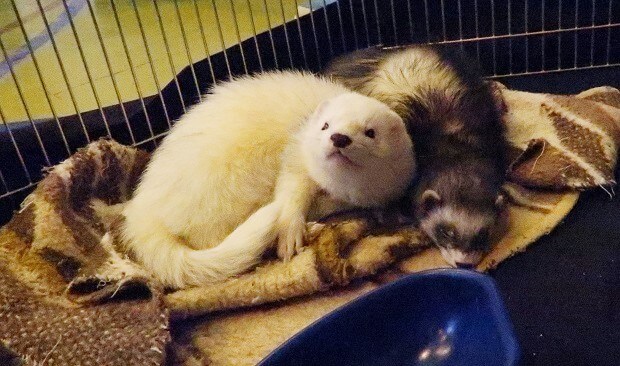 Check out other options like ferret breeders or even think about adopting a ferret. If you want to be sure what personality will a ferret have, then getting an adult ferret is the thing for you. Adult ferrets already have developed character so you will see how the ferret acts the moment you meet him.

This post is important to show you what differences between male and female ferrets are important so you can act accordingly. Every ferret can be a couch potato or a firecracker, it all depends on them, not on their gender. What are your ferret experiences? Are female ferrets better or male? Does it really matter? Share your thoughts with us below!