Are there any ferret stores near me?

Should I visit pet stores that sell ferrets?

If you asked yourself similar questions, then this article may help you with the hunt for answers. Here I will cover everything one needs to know about ferret shops and other commercial places that sell ferrets. You can learn where they get their ferrets from, how do they treat them, and should you go to those places to buy ferrets, and what are better options.

Do All Pet Stores Sell Ferrets?

Not every pet shop sells ferrets, actually, a few of them do. There are countries where it is illegal to sell ferrets in pet stores so check your local laws before you start exploring pet shops near you that hold ferrets. The reason for that law is because keeping a ferret in a pet shop is not good for a ferret. You can read all about their treatment later in the article. 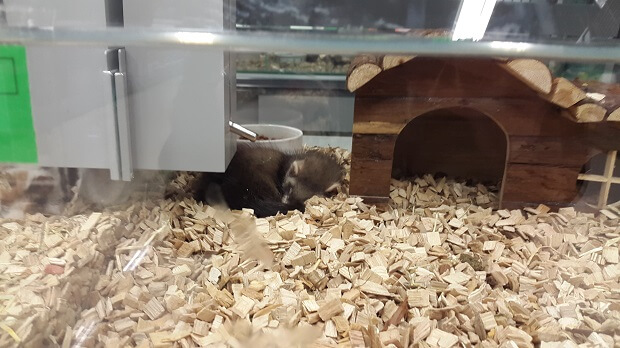 Most ferret pet stores are part of some big brand with stores in numerous cities. One of the most popular ferret pet shops is Petco, so it is the main source of pet shop ferrets. There are a few PetSmart stores that have ferrets from time to time, but mostly they don’t have them in the offer. Small pet shops don’t sell ferrets, but you can get ferret equipment like toys, litter, food, etc there.

Where Do Pet Shop Ferrets Come From?

Pet shops have to order ferrets from somewhere to incorporate them in their offer. Unfortunately, the places to get ferrets for them are bad ferret places called ferret farms. Ferret farms are large-scale farms that breed ferrets so they can sell them and make money on them. They don’t care about ferret’s health or living conditions. They only care to “produce” as many ferrets as they can so they can sell them. Ferret farms don’t see ferrets as animals and that is the main problem. Their ferrets are in bad shape, they will bite and they will develop serious illnesses like an adrenal disease at a young age, which shouldn’t happen. If you want to read more about why you should avoid those farms, read my post about Ferret farms.

Ferrets come in pet shops neutered and descented. A good time for neutering a ferret is around 9 months of age. Ferret farms do that to ferrets that are less than 2 months old. That is way too early and leads to health problems later in life. Descenting is a completely unnecessary treatment that puts a ferret in a lot of pain but doesn’t actually do anything. What it actually does you can read in my post about descenting ferrets.

That is another downside of pet stores that sell ferrets. Ferrets that come in pet stores don’t have good living conditions because pet stores can’t (or won’t) provide ferrets with good care, enough space, etc.  Also, people who work in those pet stores can’t provide good living conditions to ferrets. For example, they don’t know anything about ferrets, they don’t have time to work with ferrets or they simply don’t care. So, once a ferret comes to a pet store, he is placed in a space reserved for him and stays there until someone buys him. So, here are some of the most common proofs that ferrets are living in bad conditions in pet stores.

Ferrets Are Held In Glass Cages

If you’ve read my post about ferret cages, then you know that glass cages aren’t a good option for a ferret, mainly because there is zero ventilation in them. Those glass tanks are filled with bedding, which is not a good option for ferrets. There aren’t many toys in the tank, there aren’t many blankets or hammocks to sleep in. Food bowls are filled with food, but there is also food all around the bowl. The water is held in water bottles, the type that is harmful to ferret’s teeth because it is the easiest way to give them water. 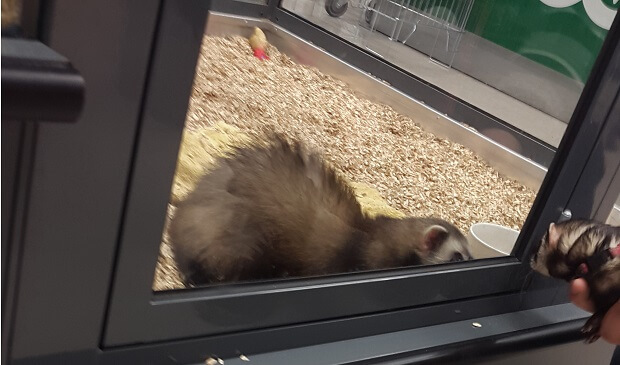 Ferrets are carnivores and the best diet for ferrets is the raw meat diet. Of course, a pet shop can’t afford to feed ferrets with that so they give them kibble. But, they don’t use premium kibble for cats, they use cheap food for ferrets that come with grain and other bad ingredients. The reason for that is simple, premium kibble is too expensive and they would rather sell that kibble than give it to ferrets. 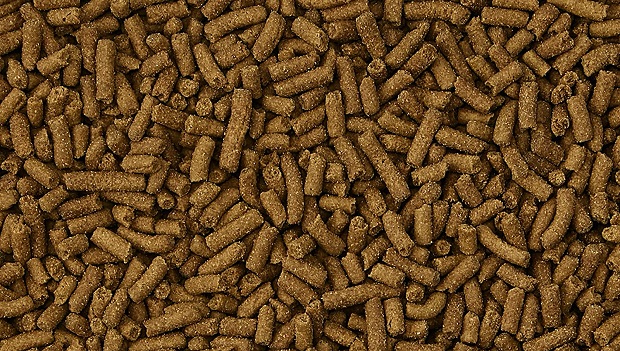 Those ferrets are in tanks every minute of every day. If they are lucky, the employee will have experience with ferrets and he will interact with them. But, that can only be for a short period of time as that person has other obligations to do every day. That is why most ferrets from pet stores aren’t used to humans and to interact with humans. That means you will probably get a ferret that bites and attacks for no particular reason. You will have to work with that ferret a lot to show him what he can and can’t do. 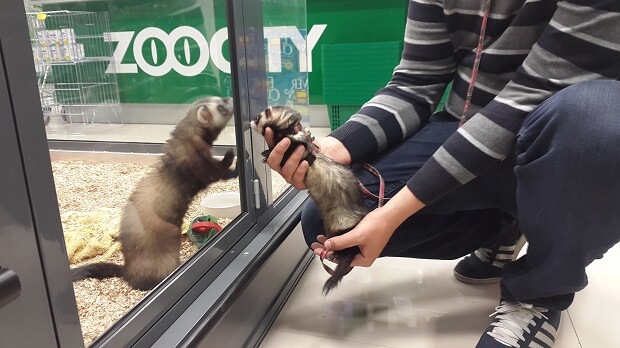 They Don’t Run Around

We all know that ferrets don’t belong in a cage. They sleep for at least 16 hours a day, but when they are awake, they have to run, jump and explore so they can drain their energy. That is why every ferret has to be out of the cage at least 4 hours a day, two in the morning and two in the evening. A ferret in a pet shop can’t run around since there is no place for it. The only way for a ferret to get out of that tank is if the worker lets him out. That can only happen when the store is closed and the ferret should be supervised at all times. You can imagine how many workers have the patience or time to do that after a long day on the job. 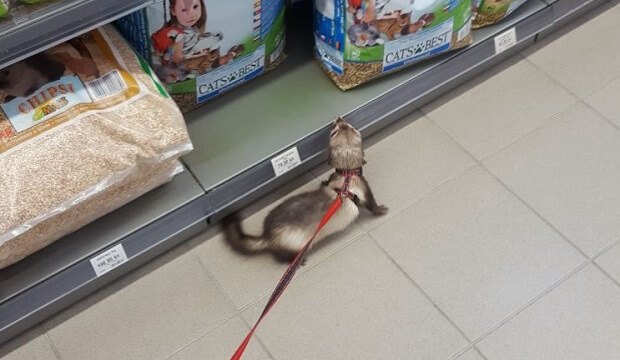 Why Should We Stop Pet Shop Ferrets?

Ferrets are much closer to dogs and cats than you think. They need human interaction, they need entertainment and they need love and care. They aren’t happy in a pet store and they don’t deserve to be in a tank 24/7. Here are a couple of reasons why you should reconsider visiting pet stores that sell ferrets.

Buying a ferret in a pet store only encourages pet shops and they encourage ferret farms. Ferret farms are very bad places for ferrets, just like dog farms are bad places for dogs. There are numerous ferrets cramped in small cages, they mix ferrets with the same genetic materials, and all that results in biting ferrets with a bad medical history. It is proven that ferrets from those farms have bad health and they are more prone to adrenal disease, insulinoma, and other serious health issues. Their life span is much shorter than that of ferrets bred by good breeders.

We all know how pet shops look. They have cages that look like transporters for small animals and bigger tanks for ferrets. But, the only thing is that those tanks aren’t big like they should be. Pet stores can’t afford a space for ferrets that is big as an average room. That is how big their enclosure should be. The same story is with every aspect of their life in a pet store. These ferrets don’t eat good food, they don’t use good ferret equipment, they simply aren’t made to live in a tank of a pet store. Not that other animals are, but that is a topic for another day. 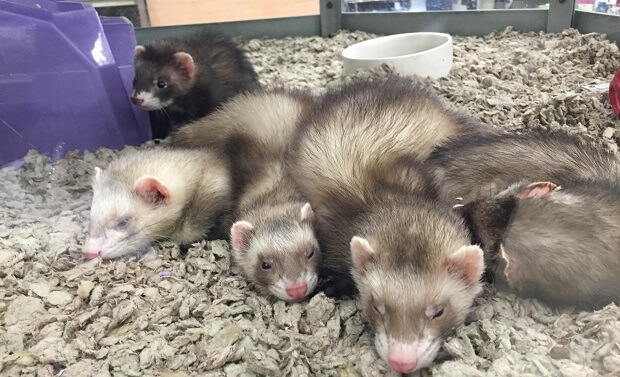 You have to be aware that those ferrets don’t know what a human is, what a hand does, and that he mustn’t try to bite it. They have no idea about cuddling, or that you won’t harm him when you pick him up. That ferret has no idea what a litter box is and that he shouldn’t go potty on the floor of the living room. If you get a ferret from a pet store, you will have to socialize the ferret on your own and that can be challenging.

What Are Your Other Options?

There are many ferrets on the planet and buying them in a store that sells ferrets is not your only option. I will go that far and say that this is probably the worst option you could choose. There are many other options to get a ferret and I will share them with you.

Buy A Ferret From A Breeder 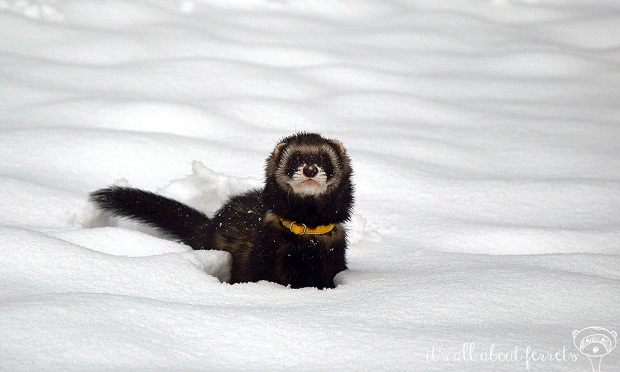 Photo Source: It’s All About Ferrets

Adopt A Ferret From Shelter

Adopting should always be an option because it gives you the opportunity to save someone’s life. You are giving a second chance to a ferret that had a hard life. The great thing about ferret shelters, besides the entire adopting situation, is the fact that you can ask people there anything you want about ferrets. They can help you with training tips, nutrition inquiries, they can recommend you a good ferret veterinarian and they will help you choose a ferret that can fit into your lifestyle. So, what do you need to know before you go to the ferret shelter and adopt a ferret? Read in my post about adopting ferrets from ferret shelters.

So, if you are looking for a ferret, my suggestion is to avoid pet stores that sell ferrets. There are many other, better options you can choose from because selling animals in pet shops shouldn’t be encouraged. What are your thoughts on that? Share your experience with us in the comments below the post!