Do you know what ferret farms are?

Are ferret mills a good choice if you want to get a ferret?

These are the questions I will write about today. We will share with you information about ferret farms in general, what are the most popular ones, where are they located, and how they treat ferrets in them. Are they the best option to get a ferret? I am not so sure.

What Are Ferret Farms?

Ferret Farms, also known as ferret mills are places where owning and breeding ferrets has become a business. Those farms are breeding a large number of ferrets so they can ship them to pet shops around the country. Yes, those ferrets you see in pet shops are probably from one of those farms.

Besides ferrets, they are also producing ferret equipment from hammocks and litters to ferret food, no matter the quality. One of the most famous one is the Marshall Farms ferret mill located in the USA. Besides Mashall Farms, there are also Path Valley Farms, Real Canadian Farms, and a few others.

As I have already mentioned, there are a couple of ferret farms, which are mostly located in the USA. Ferrets from ferret farms are mostly sold to pet shops and labs for testing. Every ferret from a farm comes with a tattoo on his ear and the symbol is unique to the ferret farm he comes from.

Marshall farm is probably the biggest farm there is. Besides ferrets, they also breed dogs. It was founded back in 1939 and the Marshall Pet Products is a division formed in 1993. As you can assume, this division sells equipment for pets. Marshall farms ferrets can easily be recognized by the two dots tattooed on their right ear. One dot means that the ferret is spayed/neutered and the other dot means the ferret is descented.

When it comes to Marshall farms ferrets, you should know that they are smaller than other ferrets, especially smaller than ferrets from breeders. They are pretty calm and submissive. Usually, they don’t come with a bite problem, but that is not a rule. In comparison to other ferrets from ferret mills, their ferrets are not that energetic and won’t get in trouble that much. They are connected to numerous health problems like Waardenburg syndrome which leads to deafness in ferrets, especially those with white heads or white markings on the head. Due to the early neutering, they are prone to adrenal disease even at a young age, not just later in life.

The Triple F Farm is located in Pennsylvania and they breed ferrets for pet stores and medical research like Marshall farm above. They are founded in 1985 when they were simply a couple of ferret enthusiasts. Since then, a lot of things changed. They love to advertise their ferrets as influenza-free ferrets that can help in research against the influenza virus. Today they have a big problem with incest, meaning they don’t combine their ferrets with others to expand genetic material. 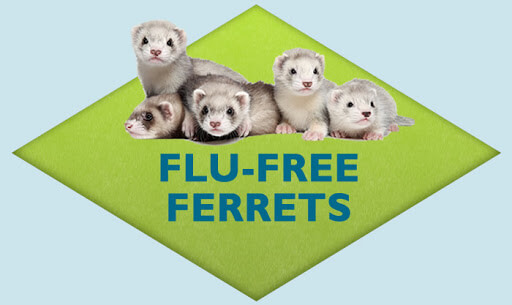 That results in ferrets with a shorter life span and numerous medical problems. Most Triple F ferrets eventually develop the adrenal disease, insulinoma, and other serious illnesses. I haven’t found any official information about their ferret’s tattoos, but there are some claims that they tattoo the same way as Marshall farm. Other people claimed that their ferrets have tattoos on their toes, others claim that their ferrets don’t have tattoos.

The last ferret farm I will mention is Path Valley, also located in Pennsylvania, USA. Path Valley ferrets are one of those ferrets that don’t have tattoos on their ears, toes or any other part of the body. That is why it is probably hard to keep track of ferrets from Path Valley. If we are talking about health and personalities, then these ferrets are pretty similar to Real Canadian ferrets when it comes to personality. Just like Marshall ferrets, they too come to a new home neutered and descented. They also have food for ferrets, but it is not on the recommended ferret kibble list. 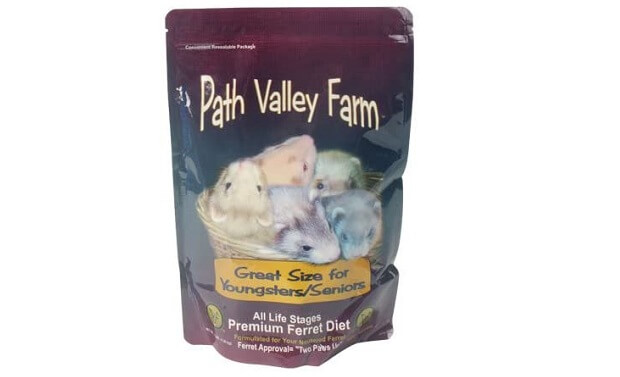 Path Valley ferrets are prone to biting and most of them don’t get attached to their owners like the Real Canadian ferrets. That can cause problems during training as they will fight back if you try to correct him with, for example, scruffing. They are similar to RC ferrets because they are intelligent and they love getting into trouble so you won’t have a dull moment in your life with them. When it comes to health, it is the same story as other ferrets from ferret farms. It is not good and they are prone to many serious ferret illnesses.

How Do Ferret Mills Act Toward Ferrets?

The rule for ferrets in ferret farms is the more the merrier. That means their main goal is to breed as many ferrets as they can, no matter the conditions those ferrets live in, no matter the genetic materials or health issues. Those things aren’t their concern as long as they are selling young ferrets all over the country, even further. To them, ferrets aren’t animals, they are another product they have in their offer.

Since their main goal is to breed as many ferrets as possible, they have to place those ferrets somewhere before they can be shipped to a pet store. So, why should they spend money to expand the ferret living space when they can cramp many ferrets together? That is why they don’t care about the size of the cage they have for ferrets or how many ferrets are in that small cage. They don’t care if the cage has wired floors or that the entire hall is very hot during summer and very cold during winter.

Ferret farms are places where ferrets will breed no matter their genetic material, age, or health status. They will breed them to get special colors and to meet the demand. That is why most kits have health problems from an early age. Also, they are smaller than other ferrets which automatically leads to fragile body and overall health. You can even say that a life expectancy of a ferret from those farms is smaller than the ones bred by professional and good quality breeders.

Giving Ferrets At Too Early Age

Once a kit is born, he has to stay with his mother for at least three months. In that period, the kit becomes strong to live without the mother and it learns how to behave because the mother corrects the wrong behavior. Kits from ferret farms don’t experience any type of socialization. Most mills take the kits away from their mothers at 4-6 weeks of age which is far too early. That is why most ferrets from pet shots don’t know what a litter box is, why they mustn’t bite or how to act with other living beings – ferrets, other pets, even humans.

Before they ship kits to pet shops (or any other location) those kits are spayed or neutered Neutering is an operation a ferret shouldn’t experience at 4-6 weeks of age, it is far too early for that because ferret isn’t fully developed yet. The recommended age is around 9 months so you can see how early this really is. Due to that, those ferrets have an increased chance of developing adrenal disease later in life.

Are Ferret Farms A Good Choice For Your New Ferret?

As you can see, ferret farms aren’t a good choice for that. Ferret farms don’t care about ferret’s health, they are simply working with them because they can profit. That is why I wouldn’t recommend getting a ferret from a pet shop, simply not to encourage their work.

The best way to get a ferret would be to adopt it from a ferret shelter. That way you are giving that ferret a second chance in life and you are getting a ferret from people who love them and want only what is best for them. Adopting a ferret is the best way to keep them happy and healthy because not only you will be his forever home, but you will meet people like you, people who love ferrets. They can help you with any questions regarding ferrets and even recommend a good ferret veterinarian you can go to if needed.

Any ferret lover can’t support ferret farms due to the state their ferrets are in. They provide bad living conditions and they exploit ferrets for all the wrong reasons. If you have a ferret from any ferret farm, I hope you are treating it with all the love and care he deserves. What is your opinion about ferret farms? Do you own a ferret from mills? If yes, which ferret farm is it? Share your stories with us below and don’t forget to subscribe to our newsletter for more ferret news!