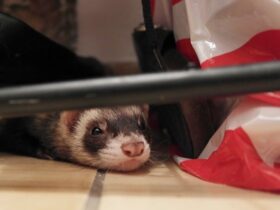 Things To Know & Things To Have Before Getting A Ferret

Are ferrets more than just pets?

Did you know that there are working ferrets?

Those intelligent animals are much more than pets! Here you can learn more about their working past, what “jobs” are the best for them and what they did when people decided to domesticate them.

What Are Working Ferrets?

Ferrets were introduced to people as pets in the late 19th and early 20th centuries, but they are among us for more than 2,500 years. Before ferrets were considered pets, they were working animals. Working ferrets are ferrets bred and trained to do a certain task. They have been doing different tasks for us since ancient times. That is one of the reasons why they were domesticated. 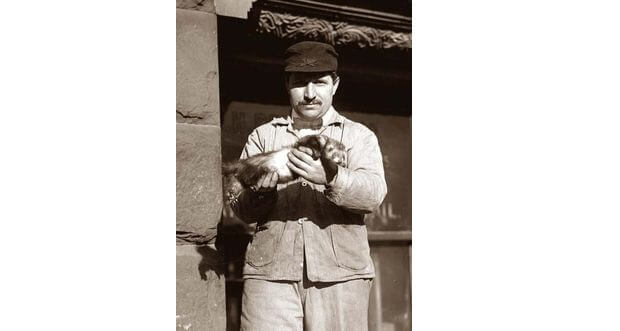 Due to their high intelligence, ferrets are able to finish different tasks, but most of them are connected to the ferret’s nature and physical characteristics. That means ferrets were used in different fields like agronomy, engineering, even travel. So, let’s find out what can ferrets do!

This is the oldest ferret job and it is the reason why people decided to domesticate ferrets. Before I say why, you should know that ferrets are by nature beasts, meaning they have to eat meat and only meat. Their main diet should consist of small animals like rabbits, rats, mice, etc. So, back to history. In the past, the biggest pest problems were rabbits. Rabbits are small, fast, and use tunnels for living and safety. They destroy crops by eating them and building tunnels below them. 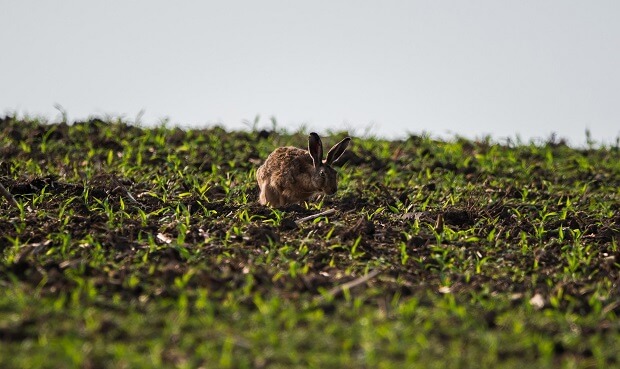 Naturally, people had to find a way to stop rabbits because hunting dogs weren’t that successful. Unfortunately, dogs were too big to enter those tunnels and hunt rabbits. And that is where ferrets enter the picture. Due to their nature and size, ferrets are able to follow rabbits in those tunnels, flushing them out and eventually keep their number under control and away from the crops. Ferrets love entering small places. So people decided to place a ferret at the beginning of a tunnel and wait at the end with nets and dogs for rabbits to exit the tunnel. This type of hunt is still popular in Great Britain and some other places all over the world.

A similar story to the rabbit one above is connected to ships. But, in this “job” rabbits weren’t the problems, rats and mice were. Ships were full of rats or mice and people had a hard time getting rid of them. Before ferrets, people used cats and dogs for that. The problem with dogs was that dogs were too big to chase rats. Also, they used to bark a lot which wasn’t that pleasant. Cats, on the other hand, were perfect. Fast enough, small and silent. But, cats did their job only when they were in the mood to hunt. 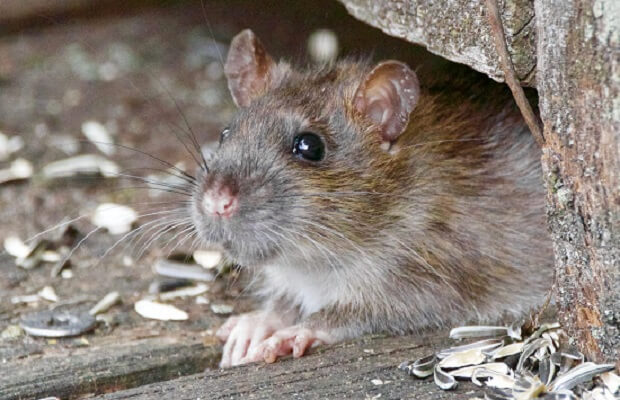 The next thing they introduce to ships as pest control was ferrets. Ferrets were small enough to chase mice and rats all over the ship, they had strong prey drive to do it too. Also, due to their adorable looks, people had no trouble falling in love with them and using them as great company during travel. Soon enough ferrets replaced cats and dogs on ships as a great pest control. That is one of the ways ferrets were introduced to the rest of the world in the 18th century from Europe.

Engineering and industry is another field that welcomed working ferrets. By then, people realized that ferrets love to run through tunnels so they decided to take advantage of their fascination with tunnels. Ferrets were promoted to small but adorable cable and wire transporter. Their main job was to transport a cable or a wire from one end of the pipe (tunnel) to the other. Now, how did they do that? Pretty simple actually. People put a harness around a ferret and attached a cable or a wire to the harness. Then, they would let the ferret in the tunnel and the ferret did the rest. 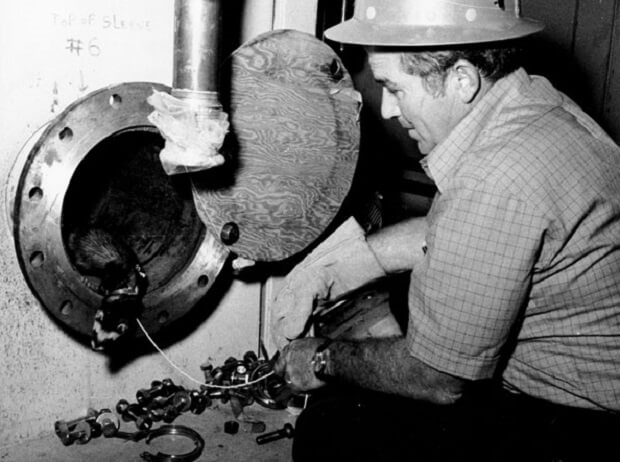 But, ferrets weren’t the perfect workers. Sometimes ferrets would take a break in the tunnel by taking a nap so the cable was somewhere inside the tunnel and people had no idea where. Another problem would be that ferret would decide to stop and go back the same way. Their job lasted a couple of years until people developed machines that did the same. So, ferrets decided to transform into pets and enjoy life.

Ferret’s role in Hollywood happened in the last few decades. I guess movie producers and directors were amazed by their cute faces so they decided to put them on the big screen. That is why we can see them side by side to some of the famous Hollywood names like Arnold Schwarzenegger, Jennifer Anniston, Brad Pitt, Nicole Kidman, Jim Carrey, etc. They were a part of numerous movies, series, and even cartoons. 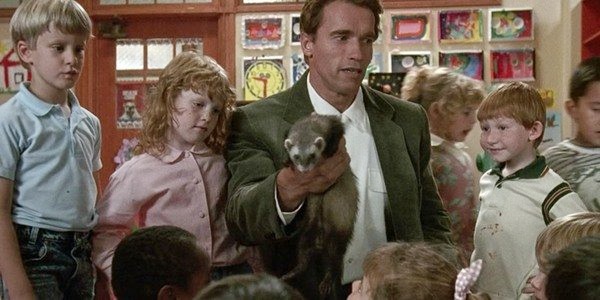 That is the way I found out about them for the first time. I saw working ferrets thanks to the Kindergarten Cop back in the 90s’ and that is how my ferret obsession has begun. Since then I have seen a few glances of ferrets in LOTR, Harry Potter, Legend Of The Fall, but some bigger roles in Along Came Polly, The Scorpion, The Golden Compas, and His Dark Materials. These are only a few movies and series I noticed them in, but I am sure there are plenty more.

In the entire post, I am talking about how ferrets are beasts and they were used to hunt small animals. But, ferrets aren’t wild and they aren’t cruel animals. Actually, ferrets can be very gentle and very affectionate and that is why many people use them as support animals. Ferrets’ calm nature can relax a person instantly and their cuddling will make you feel better. They love company so you can be sure you will be a part of their life as much as you are a part of theirs. 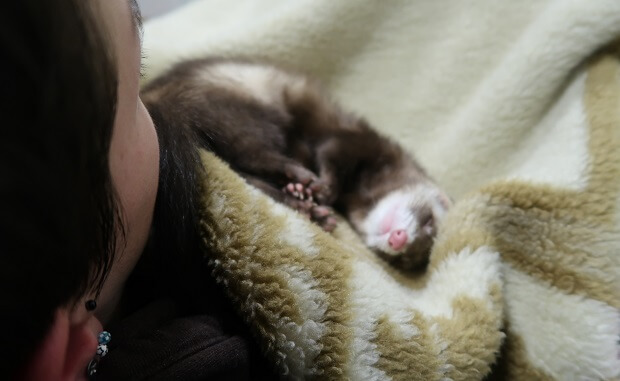 But, when ferrets go crazy and start their war dance, you can be sure that all your worries will go away because you won’t be able to suppress a smile from forming. Their silly antics are the reason why people use them as support animals because they can really make you feel better the moment you lay your eyes on them. Thanks to their size, they are one of the most popular pets and support animals in Japan and their popularity grows more every day.

Ferrets are considered working animals due to their intelligence, curiosity, and small size. There were much more working ferrets before, today they are more popular as pets. But, that doesn’t mean they aren’t as intelligent or as curious as before. Do you know any other job a working ferret could do? Share your insights with us in the comments below and don’t forget to subscribe to the Friendly Ferret newsletter!