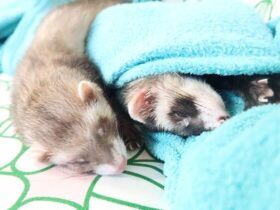 Ferret Sleeping 101: How And Where Do Ferrets Sleep?

Do you know what a ferret wheel is?

Should you buy a ferret exercise wheel for your ferret?

Ferrets need a lot of exercise every day. Today I want to share with you if it is safe to use a ferret running wheel, or you should find something else to spend your ferret’s energy during the day. I will explain what is a ferret wheel and should you give it to your ferret or not.

What Is A Ferret Wheel? 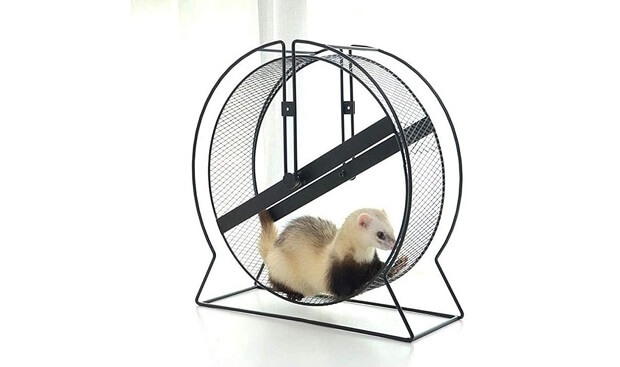 Why Would You Use This Wheel?

Ferrets should use this wheel to spend energy and exercise. That is why it is called a running wheel or an exercise wheel. That is the purpose of the wheel for small animals like hamsters and for cats who spend their energy running on this wheel.

Is The Ferret Exercise Wheel A Bad Idea?

There are a couple of reasons why you shouldn’t use a running wheel on a ferret and now I want to share the most important ones.

Ferret’s Back Can Get Hurt

Running on a wheel is not good for ferrets because it might hurt their back. As you can see, most animals on the wheels don’t have a long body and short legs. They don’t move around with arched backs as ferrets do. That means a ferret’s natural posture isn’t a good match to the round shape of the wheel. That is why running on a running wheel can hurt a ferret, even injure him. 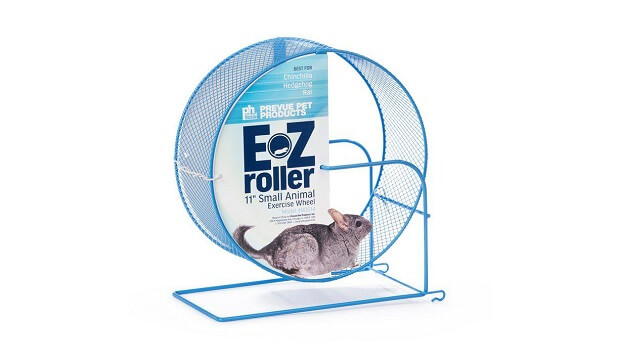 Ferret’s Paws Can Get Stuck

Most exercise wheels are made of metal. That means animals have to run on the wired floor and ferrets paws can easily get stuck in that floor type. That is why most ferret cages with wired floors and ramps aren’t recommended for ferrets. Not only can their paw get stuck, but their toenail can also. A ferret in panic will try his best to release the paw and that can lead to injuries like broken bones or missing toenails. 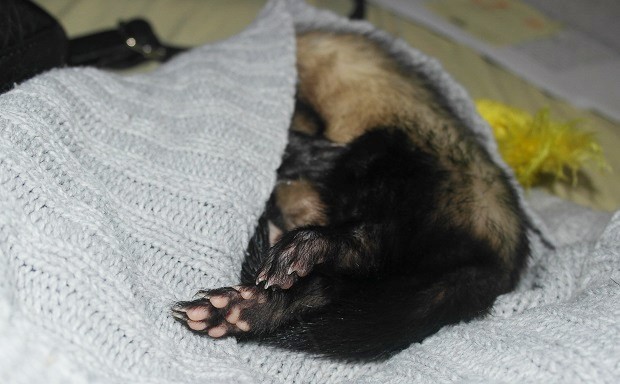 Ferrets Will Ignore The Wheel

Hamsters love the running wheel and for them, it is a good choice. But, ferrets don’t. Ferrets are too curious to run in one place for long. Ferrets will jump, run, hide and explore each and every day. Running on a wheel is not something they want to do so you can expect them to ignore the wheel. If you introduce your ferret to the wheel, he will sniff every inch of it, he will even try to use it, but after a while, your ferret will get bored and continue exploring. Ferrets need stimulation and they won’t get it on the running wheel.

What Are Alternatives To The Running Wheel?

To ferrets, almost everything is better than a running wheel. If you buy this wheel for your ferret, prepare yourself for another thing you have in the corner and you don’t use. Personally, I believe there are many other activities you can do with your ferret to drain his energy.

Ferrets Playing With Other Pets

Ferrets sleep most of the day. But, once they are awake, they have one thing in mind and that is play. If you have more than one ferret, then the only thing you need to do is let your ferrets out of the cage and they will do the rest. There is no better way to spend energy than to play with your kind or other pets you have in your household. Just remember, ferrets can’t get along with every pet. Read more about ferrets and other pets in my post. 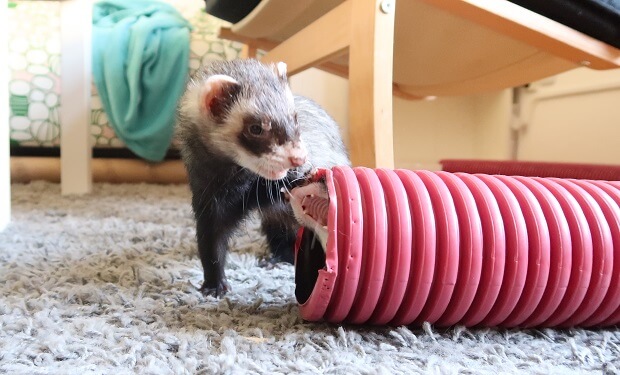 Playing With Your Ferret

If you have only one ferret, you will have to play with him to keep him occupied. The best toy you can use to play with your ferret is a toy on a string. You can shake the string and the toy will start flying around the ferret. The ferret will chase the toy, running in circles, spending energy, and having fun. You will have fun too! Don’t forget to include obstacles in your little chase so toss the ball on the couch or in the basket so your ferret has to jump and climb. If you want to see what are the best toys for them, read my post about the best ferret toys. 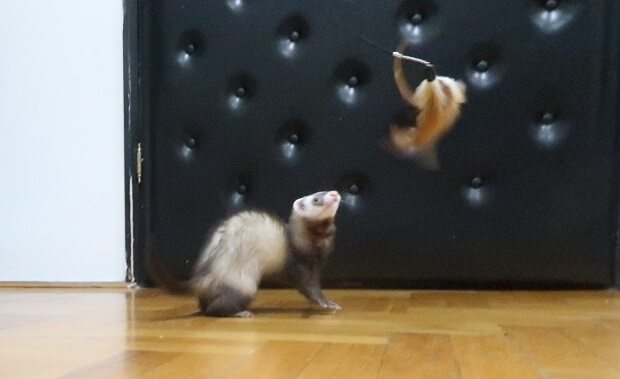 Another pretty cool toy you can use with your ferrets is a racing car. The racing car should be smaller than a ferret, fast, and easy to steer. Also, don’t choose the loud car, it can scare the ferret off, and don’t drive towards the ferret, drive away from him. So, the only thing you need to do is steer the car and your ferret will start to chase it. As you can see, that is a far more stimulating activity for a ferret than running on a wheel and looking in one spot. 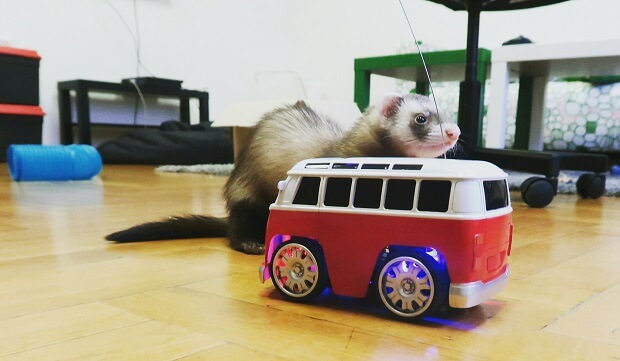 I wouldn’t recommend getting a ferret wheel. It doesn’t work well with ferrets because they require interaction. A better idea is to look for good ferret toys and entertain your ferret with them. Are there any games your ferret loves more than others? Share your experience with us in the comments below the post and subscribe to our newsletter for more ferret news!