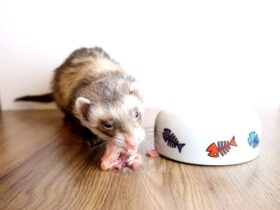 Best Foods For Ferrets: How To Pick The Best Ferret Diet?

A few days ago I’ve stumbled upon one interesting article. It is about ferret behavior. Ferrets were compared to dogs and wild mustelids, which were raised by humans. Guess who did behave similarly? I won’t tell now, to ruin the surprise!

Even though we don’t know the right distant ancestry of our little furballs, we know that they are among humans for about 2,500 years. That is pretty long, isn’t it? There are many paintings with ferrets through history, which says they were pretty popular even then. Well, who can resist them, just look at them! 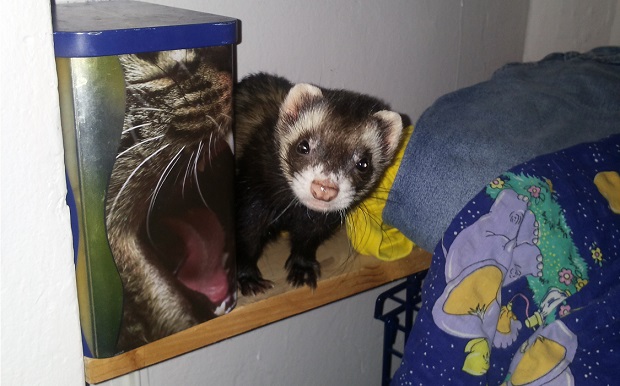 Ok, I’m a little off-topic. The research was about how different animals interact with humans, especially dogs, and ferrets. You all know that dogs are very attached to humans, they will do absolutely everything for their owners. Because of that, they did this research to see if ferrets interact more like dogs or like wild mustelids (polecats, weasels, otters, or badgers). The research consisted of three chapters, all were somehow connected to owners and food.

The first testing was for behavior in general, it had to do with eye contact. The owners and other persons had to look their pets in the eyes (dogs, ferrets, including mustelids because they were raised by humans) Ferrets and dogs had eye contact with the owner longer than with the other person, meaning they did recognize one person as the owner and they have made a bond with them. That is the reason some dogs are more likely to take food that is forbidden for them. They would do it when their owners look aside, they know it is a no-no for them. The third group, wild mustelids raised by humans didn’t have longer eye contact with any person, they looked and that is all. There aren’t any bonds between owners and animals in this case.

The Hand With Food

The second testing was with the most important thing in an animal’s life. FOOD. Every animal was offered food by its owner and the other person. Dogs and ferrets took the food from their owner, not from the other person, but the mustelids took the food from everybody. When it comes to food, wild mustelids don’t choose from who will they take the food, they just took it. Hey, food is food for them. Even in this testing, the results showed that ferrets have a bond with their owners, like dogs.

The third testing, and the last one, was made in the way where the owner and the other person, pointed in one bowl with food (owner in first, another person in the second) without touching it. So there isn’t any physical touching involved. The same results were here. Dogs and ferrets choose the bowl which the owner pointed, and wild mustelids ate from every bowl, in no particular order.

This testing did show that dogs and ferrets have the same amount of interaction with the owners, meaning ferrets are more like dogs than like their wild relatives. This research is a great thing for me because I get really cranky when I hear someone say that ferrets are wild and that they can’t be good pets. And I get that a lot. But, we are here to change that, aren’t we? 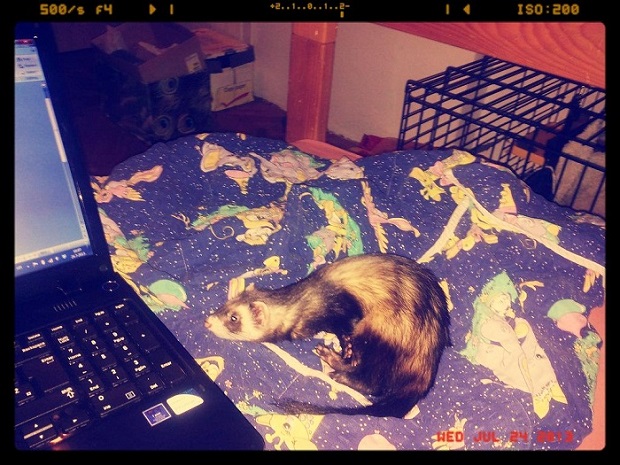 p.s. when I was writing this, Frida came next to me and fell asleep, by my side.