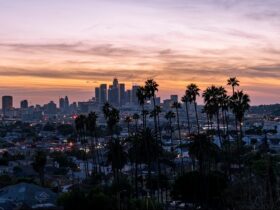 Why Are Ferrets Still Illegal In California In Year 2021?

I got my first ferret over a year ago, but the research lasted for about two years. The problem in Croatia is that people don’t know anything about ferrets, there aren’t any books or any kind of guides for ferretproofing your home and learning about ferrets.  Everything I know now I’ve learned from forums, other blogs, or books I found written in English.

My little furball is one year old and her name is Frida. She is sable, meaning she has brown color on her legs, tail, and neck, and the rest of the body is light brown. Her face is also mixed colors, she has dark circles around the eyes, like a little adorable thief.  Sable ferrets have circles on their face like raccoons, but ferrets are cuter. 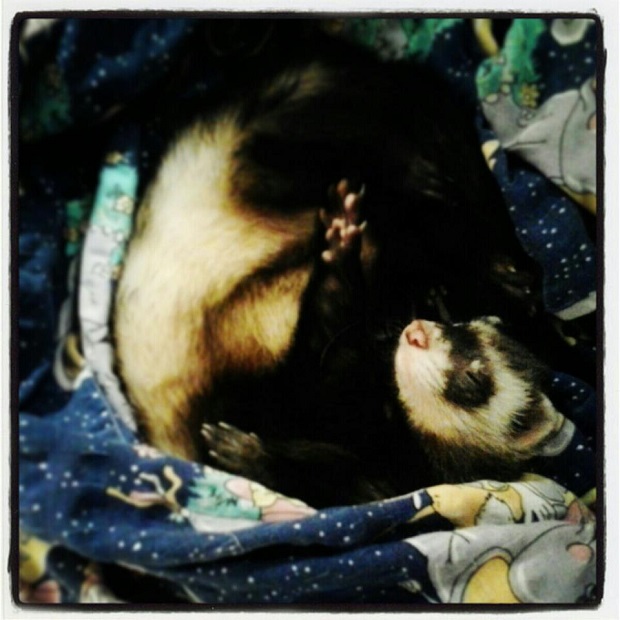 I got Frida as a present for my birthday from my boyfriend and I was sooo happy when she finally arrived. She had 5 weeks and we still needed to feed her with milk. First few weeks she did bite a lot with little teeth that were sharp like needles, but we broke that habit. Since she came to me I carried her around my house (not outside, that isn’t the best idea without vaccination) so she got used to my hands and hands in generally so she stopped biting. Now, she doesn’t bite me, my friends, not even the vet. I’m so proud of her when others ask me if she bites.

I carried her everywhere and my mom said that she won’t walk because of that. And that wasn’t true. Actually partially it is. She doesn’t walk, she runs like the wind. Every hole, under the bed, behind the closets… She goes everywhere I let her go because there are some places she could get stuck and those places are forbidden. Interesting thing is that no matter how many balls and other toys I buy, the most awesome toys for her are a plastic cup and a roll of toilet paper. (probably because she can roll them all over the apartment)  Modest little ferret. 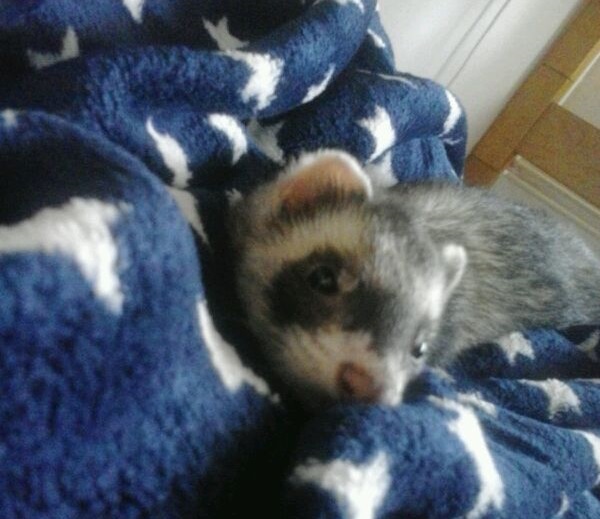 I trained with her one trick for about a month and in the beginning, it was hilarious. I wanted one thing, she did another. When she realized what I want, she did it very fast. Now she does it all by herself when she sees that I hold a treat. Yeap, she’ll do anything for that treat.

As time passed by Frida grew up, learned few tricks and all she does is plays and eats all day long. A hard life indeed. She is really great pet and I want to show others that ferrets are great and loving animals. I decided to write this blog to help people who want ferrets. On this blog, I will write every good and bad thing that happened to me and my ferret (hopefully more good than bad), without any exaggeration of any kind, how it really happened.