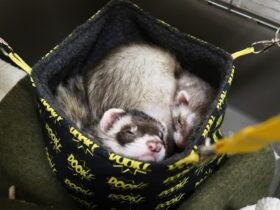 Ferret Accessories And Supplies List: What Do You Need?

Ferrets are basically healthy pets, but there are some ferret illnesses that can occur more often than in other pets. Those illnesses aren’t like the flu or a common cold, they are more serious health concerns. Usually, they come later in life, but that doesn’t mean a young ferret can’t get them. Some ferret illnesses an owner can avoid by regularly vaccinating their ferret or spaying a female ferret in time, but there are others for which we don’t know the cure for. 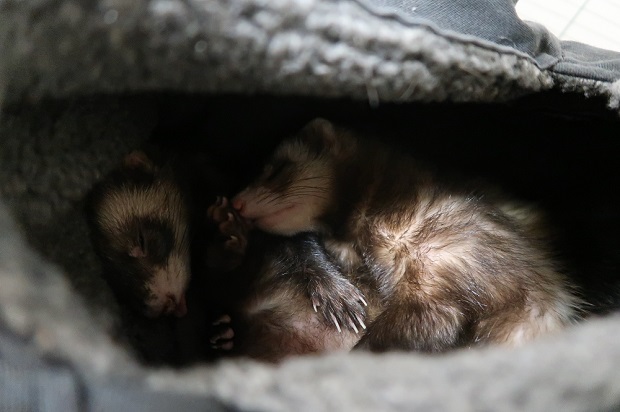 The only way you can prevent the virus is to vaccinate your ferret every year to prevent the virus attack. When a baby ferret is born (a kit) it is protected by the mother’s immune system until about 8 weeks old. When a kit is older than 8 weeks, you should vaccinate it, but since it is the first vaccination a kit should take 3 vaccines with about 3 weeks between vaccines. After that, once every year is enough. No matter if you are getting a ferret from a pet shop, a breeder, or adopting one, ask for a vaccination certificate to make sure it is vaccinated.

Even if you don’t go with your ferret outside, vaccinate it because even one little trip to the vet can be fatal. Canine distemper is a highly contagious virus that can stay on your shoes and you can infect your ferret without being aware of it.

Aplastic anemia is another ferret illness you can prevent. It usually happens with female ferrets who have a very interesting reproductive system. When a female ferret (a jill) is in heat, if she doesn’t mate, continues to be in heat until she mates. If she doesn’t mate her hormones become very unbalanced which causes anemia. High levels of estrogen will repress the bone marrow which can lead to producing a smaller amount of red and white blood cells – which causes anemia.

You can prevent aplastic anemia if you spay her in time. Every ferret which isn’t planned to be a breeding animal should be de-sexed to improve its general health picture, especially female ferrets. It isn’t good to de-sex your female ferret when she is too young because it can cause health concerns later in life, but the recommended age is about 6 to 12 months. If your female ferret is in heat, go to the vet to see how is your ferret handling it. Usually, if your female ferret is in the heat for about one month it shouldn’t be any problem with it, that is why you have to react quickly. 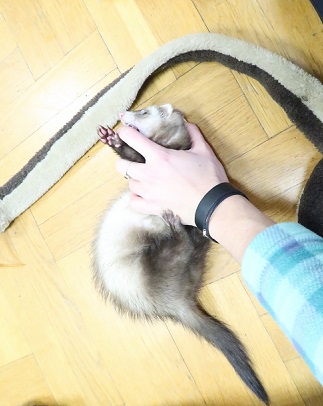 Ferrets are obligate carnivores, the wrong diet can cause many diseases, including adrenal glands. The third cause of adrenal disease is connected to sunlight. Ferrets sleep most of the day and they should be in the dark at least 12 hours a day. That is why people are covering their cage when ferrets are sleeping inside. When a ferret hasadrenal disease, 99% of the time it is due to a combination of factors, not just one factor. That is why it is difficult to say the 100% correct reason why ferrets have adrenal glands diseases.

If your ferret has any of these symptoms go to the vet with it to determine the cause. It is important to diagnose ferret illnesses on time to give them all the help they need. Treatments that treat a ferret of this disease is surgery. If a ferret is too old or too weak for surgery there are medications that can soothe the symptoms of adrenal glands disease.

Older ferrets (3 years and older) are prone to many ferret illnesses, but insulinoma is a condition that affects them more than any other pet. Insulinoma is a tumor of the pancreas disturbing the work of the pancreas – increasing the secretion of insulin which, in the end, leads to low blood sugar. For every ferret older than 3 years it is recommended to measure blood glucose every 6 months to 1 year because it is the best way to diagnose insulinoma at the beginning. In the early stage of the illness, it is hard to recognize symptoms, often they are invisible. That is why we have to check your ferret’s blood sugar every once in a while.

The way to diagnose insulinoma is to measure blood glucose levels. If it is constantly lower than 60 mg/dL the vet would diagnose the insulinoma. There are few treatments for insulinoma. Just like for adrenal disease, you can treat it surgically or with medications. Ferrets with insulinoma shouldn’t eat sugar in any form, but they should eat high protein meals with a high-fat percentage. The only situation in which you can give your ferret sugar is when it has a seizure. In that situation, you can spread a small amount of honey on their gums and go straight to the vet’s office.  A ferret can live with insulinoma for about 6-24 months, which depends on the overall health, age, or other ferret illnesses that can occur with older ferrets. 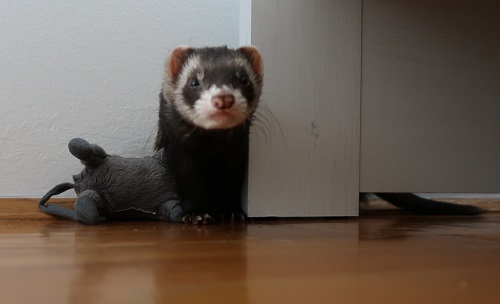 Most common illnesses in ferrets are still a mystery to us and it is our duty to find the reason why they are happening and how to prevent them or make them stop. Ferrets are still adapting to their life as a human companion, and that is the reason why these illnesses are more common with ferrets than with cats or dogs. No matter the illness, love your ferret the way it deserves because after all, they are our little fuzzbutts and we wouldn’t change them for anything in the world.