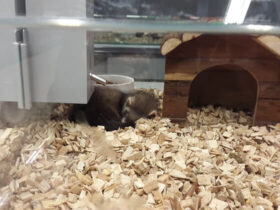 Two most common questions people ask me when they see me with Frida are: What is that? (variation of this question: Is it a dog/cat/hamster…) and the other is when they hear what it is, does it stink? The second question is always attached to the first one, they can’t go one without the other. So, how to answer that second question? I must say the best answer I can give is: Sometimes. I can’t say Frida smells bad, it really isn’t that bad, there are some pets that smell worse. But, from time to time she does release a few smelly bombs, but, that means owning a ferret! 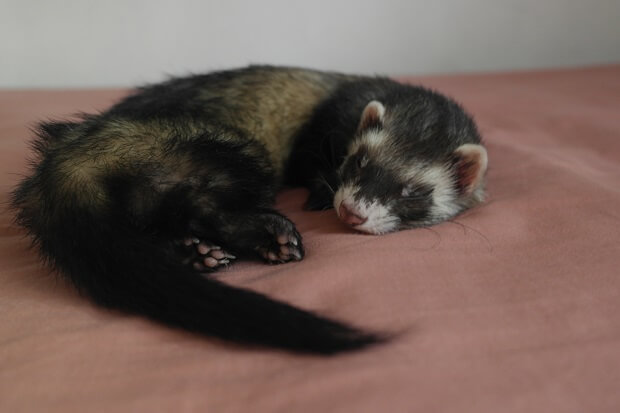 It is an animal, you can’t expect from animal to smell like roses and rainbows, even a dog or a cat has its special scent, which can be really interesting if a dog rolls into mud, dirt or some poop he found on the street. That is why I don’t understand why is so big a deal if a ferret smells? I know my Frida sometimes smells like popcorn, but on the other day smells like a wet dog, so you can really say it depends on. But, she is a female and I know that male ferrets do have a stronger smell but it isn’t like you can’t live with that smell, it can’t be that bad. Their smell is something you can get used to and today I can really say I don’t sense it anymore.

Ferrets have a unique smell, which can be taken under control with few simple steps. One of the best steps to reduce the odor of your ferret is to spay or neuter your fuzzball. It is also a thing you must do if you have a jill and you aren’t thinking of breeding ferrets. When you neuter your ferret that odor will reduce because its sex hormones are under control and it doesn’t have to attract the opposite sex, which is mostly the reason for the odor. 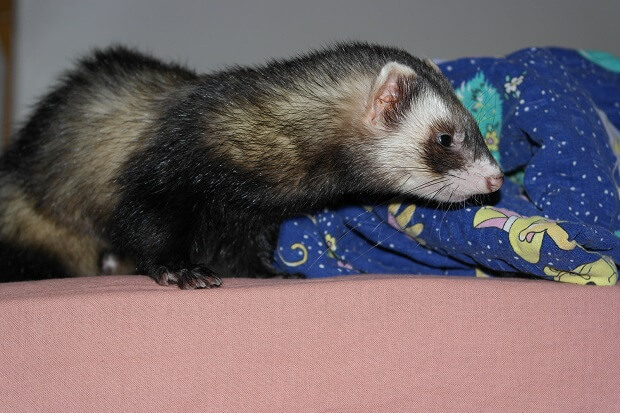 If your ferret is neutered and spayed, but still has the special odor, you can always give a little bath or just wipe your ferret with wet wipes once a day, it won’t hurt the skin like it would happen if you bathe your ferret too often. Also, consider a better diet because the smell can come from a low-quality diet.

You have to be prepared that you will have smelly bombs from time to time around your ferret, they do that usually when they are afraid or even when they are playing and get too excited that the good side is that the smell won’t stay long in the air, it disappears quickly. 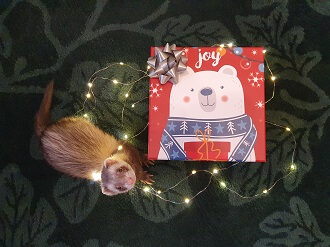