I found the Friendly Ferret blog shortly after my ferret Frida passed away.  I sent Anja an email to let her know about my Frida and she was kind enough to ask if I wanted to write a story about my Frida for her blog. 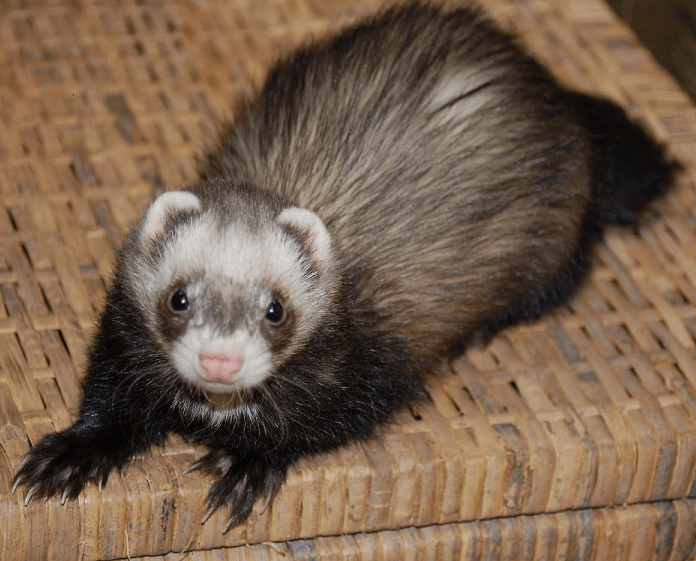 My Frida died on September 4.  She was almost nine years old. She was a sable ferret, just like Anja’s Frida.  We got her from a breeder when she was about eight weeks old and it was love at first sight.  We already had two male ferrets, but Frida was very feisty and she became the dominant ferret even though the boys were more than twice her size.  From the time she was a kit, she had a strong instinct to shake her prey.  Her “prey” included toys and treats.  She would shake them really fast.

Frida liked to go outside, but after she explored a bit, she was ready to come back inside.  On a couple of occasions, when she accidentally got outside, she scratched at the door to be let in.  Typical ferret behavior would be to wander around and get lost.

Once, she found a toad in the backyard and was fascinated by it even though she wasn’t allowed to play with it.  Every time she would go outside after that, she went back to the same spot to look for the toad.  Then another time when she was outside, she found a rock and kept pawing it and turning it over.  We looked at the rock and realized it was shaped like a toad. 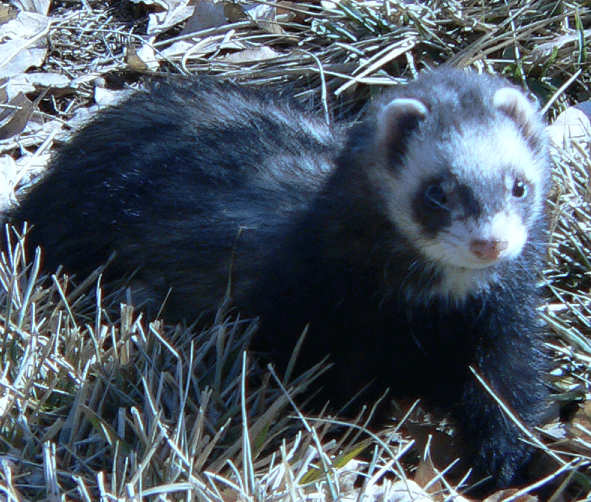 I don’t remember all the games we used to play with Frida, but I remember she got bored with her toys very quickly.  She liked to follow us around a lot.  I could call her and if she was awake she would follow me to get a treat. If she wanted something, she would look up at me and sigh like she was getting impatient (in a very cute way).

She was quite in tune with the sounds of the house.  When she heard the garage door, she would wait outside the laundry room, ready to greet whoever just got home.  She used to scratch on the bathroom door after the shower stopped so that she could drink the drops of water left in the tub.

Frida had some health issues when she got older.  She was amazingly strong and survived two surgeries at ages six and eight. Even when she was older, she still galloped everywhere.  Her gallop just got a little slower.

Life was a great adventure for Frida and she never lost her sense of curiosity.  We miss Frida dearly, but writing down these memories brought us some comfort.  I hope you enjoyed reading about our special little girl. 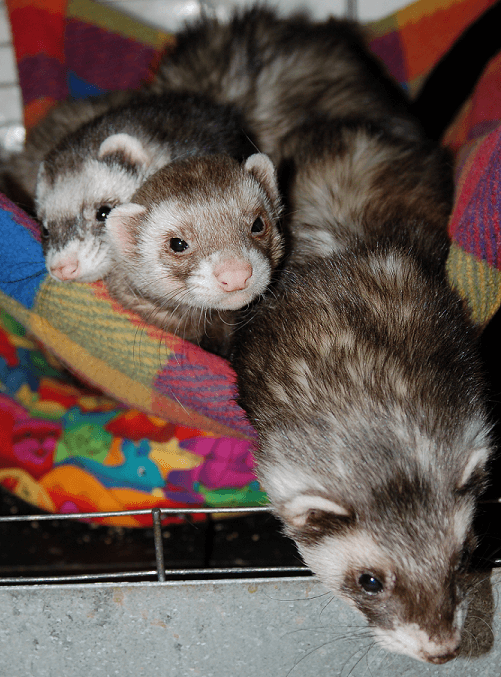