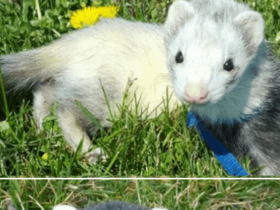 Can you tell a thing or two about yourself? (your name, where are you from, how old are you, what do you do for a living….) 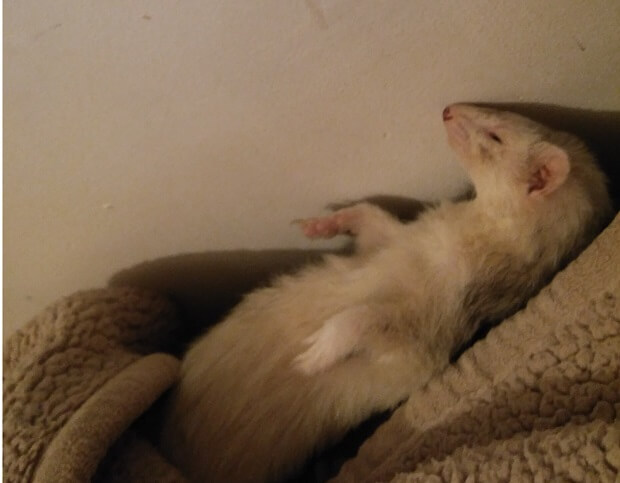 When did you first found out about ferrets? (My first encounter with ferrets was when I saw them in the movie Kindergarten Cop with Arnold Schwarzenegger, that moment I knew I had to have them)

I saw a ferret while watching the movie “Along Came Polly” and fell in love with ’em.

When and how did you get your ferret? (did you adopt him, how old was he when you got him, from where)

My parents got me one when I turned 17 and he was 6 months so he was pretty crazy at the moment.

His name is Bacon (Tocino in Spanish) and he’s 7 years old. He is pretty sleepy now on days, but a couple of years ago, he was crazy as you know how ferrets tend to be, and used to bite everyone but me. He’s so lovely and pretty calm.

What does your average day look like with your ferret?

Well when he is out of bed, I take him in my arms, he first stretches and yawns a lot, then I put him on the floor and serve him water and a cookie (a special one that doesn’t affect him), and eats it and I can tell that he enjoys it. Then he walks into the living room hiding in the back of the TV or furniture when he gets tired of everything, he goes to my room or my parent’s room to sleep and I take him sometimes with me to sleep while I pet him.

How do you feed your ferret? (are they kibble fed – which kind, raw meat, do you use treats, which kind)

He has a special kibble food, fruit, and a cookie. I tried once meat, but he didn’t like it so I didn’t push him to eat it. 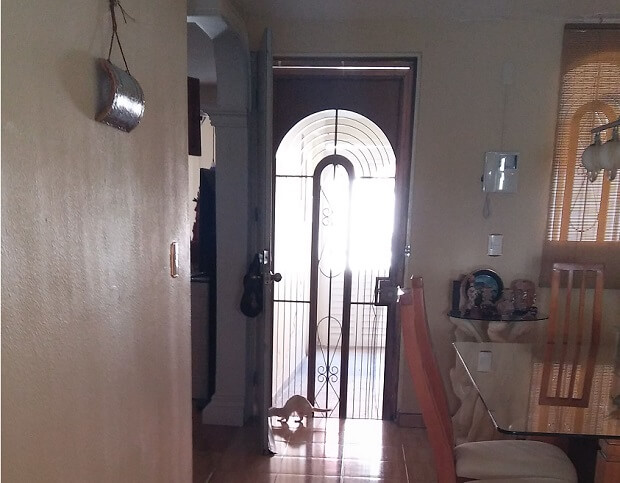 What about games, which is your favorite? (I love to run around and play tag with Frida and Yoda. Yoda’s favorite toys are snake on a stick and a Kong, Frida had one orange rubber bone – she wouldn’t chew it, just carry it around, but I had to remove it because Yoda would chew it)

Now on days he doesn’t do that much but to sleep. He used to run trying to get me to bite me and also I threw stuffed animals so he can bit’em.

What would you say to someone who wants to get a ferret as a pet? (would you encourage him, maybe some tips or some advice about ferrets)

I would encourage people to have one, but to have a lot of care with ’em because they need special treatments and attention. If they don’t have that responsibility then don’t get one.

Would you like to share some interesting stories or an adventure you had with your ferret? (I am sure you have many great stories to tell, after all, ferrets are one big adventure :D)

My first adventure with him. We were playing as always (back when he was a baby) and eventually he got tired so he climbed the stairs and I lost him out of sight, but I knew he was inside because I closed all the doors and windows. After a while, I didn’t hear a thing and started to freak out so I started looking for him EVERYWHERE! After a while of searching, I heard something scratching behind my sister’s furniture and I opened one of the cabinets and theeeere he was! Sleepy as always! I almost cried hahaha. I took him back to his bed and ate a little bit and went back to sleep, you know ferrets lifestyle hahaha