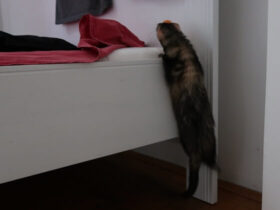 Ferret facts: all about ferrets

What are some ferret-looking animals?

Are there animals similar to ferrets?

Ferrets are very specific-looking creatures when it comes to the pet world. But, there are ferret-like wild animals out there and today we will share information about them. So, let see what all ferret-looking animals have in common and what are some of the most famous ones! 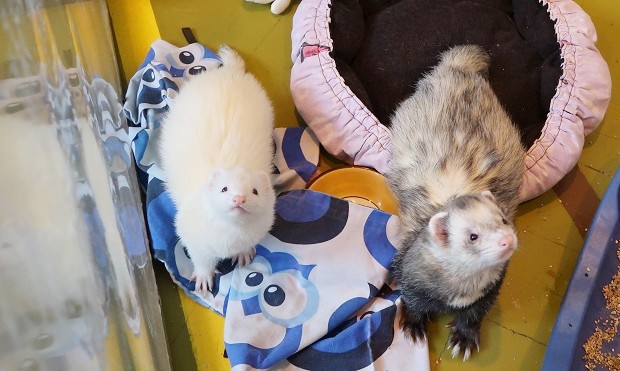 Mustelids are all carnivores and they can easily be recognized by their long body, short legs, and round head. They are predators, meaning they hunt their meals every day. Although they are mostly small animals, they are very vicious and they can kill prey a few times bigger than them.

Some of the ferret-type animals we will share here are European polecats, black-footed ferrets, otters, wolverines, martens, minks, weasels, and stoats. All those animals are wild animals, ferrets are the only domesticated Mustelidae at the moment.

The European polecat, Latin name Mustela putorius, is the most similar animal from the Mustelidae family to ferrets. As his name says, this polecat is located all over Europe. They are by size and the colors very similar to ferrets and people easily confuse those two predators. Their fur coat is dark brown so sable and dark sable ferrets look like them the most. Thanks to their genetic similarity, people breed European polecats with ferrets and their offsprings are often called “hybrids”. Hybrids are not that easy to handle so they are recommended only for experienced ferret owners. 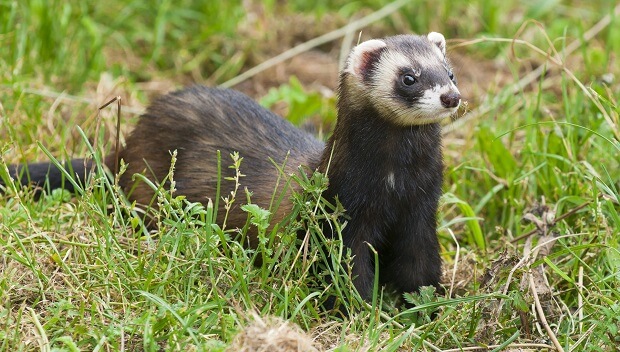 The black-footed ferrets, Latin name Mustela nigripes, is also known as American polecat. This little predator is native to central North America and it is an animal-like ferret, although it doesn’t share that many genetic traits as European polecats. This mustelid is actually an endangered species due to the loss of habitat and disease. They were on the brick of extinction, but we managed to raise their numbers in the last 30 years.  Black-footed ferrets have very characteristic fur color, they are dark brown on the legs, the tip of the tail, on the back, and around the eyes. Other parts of the body are cream to white. The size is similar to our domesticated ferrets so you can easily consider them small animals. If you want to read more about them, read my post about black-footed ferrets. 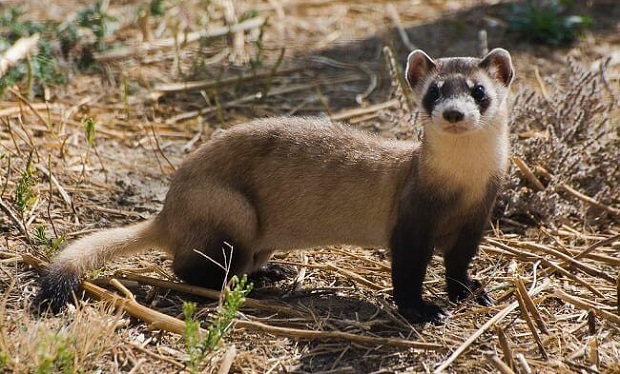 Weasels are probably the most famous animals that look like ferrets. Their Latin name is Mustela erminea and they are the smallest in the Mustelidae family. This small vicious predator is only 20 centimeters long (8 inches), but that doesn’t mean they can’t kill. They are famous for killing rabbits and other bigger animals than them. Weasels are easy to recognize because most of them come with red or brown fur with a white belly. There are some species that completely change their color for winter. That means the fur turns white or the winter season.  You can find them in most of North America, part of South America, entire Europe, and most of Asia. 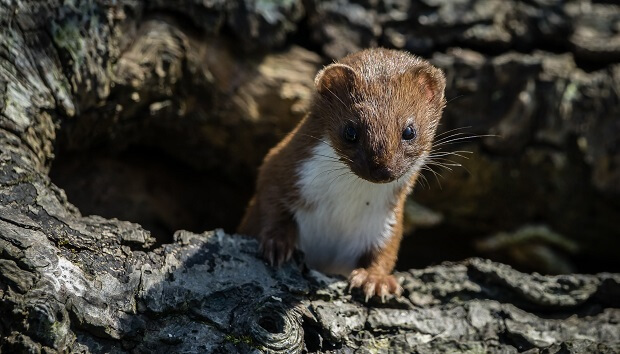 Martens, Latin name Martes foina, is another small animal like ferret. The size and shape of the body are similar to ferret’s, but the fur color changes from dark brown to yellow, depending on the species. The biggest feature on their head is their ears. The interesting fact about those animals similar to ferrets is that they have partially retractile claws. You can find martens in Europe, some parts of Asia including Japan and North America in Canada and Alaska, plus a very small part of Western USA. 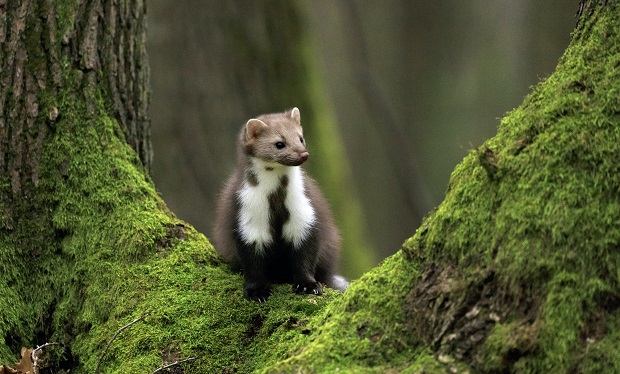 There are two mink species; the American mink and the European mink, Latin names Mustela lutreola and Neovison vison. The American mink is stronger than the European but you can’t really tell them apart unless you look at their skeleton. Also, the American mink is the more famous one since people breed him for the fur industry in fur farms all over the globe. They are bigger than our ferrets, with an average size of around 55 centimeters (22 inches). Their fur is mostly dark-colored in different shades of brown, while there are lighter colors bred especially for the fur industry so you can’t find them in the wild. Every European mink has a white patch on its upper lip, but only a few American minks have the same marking. 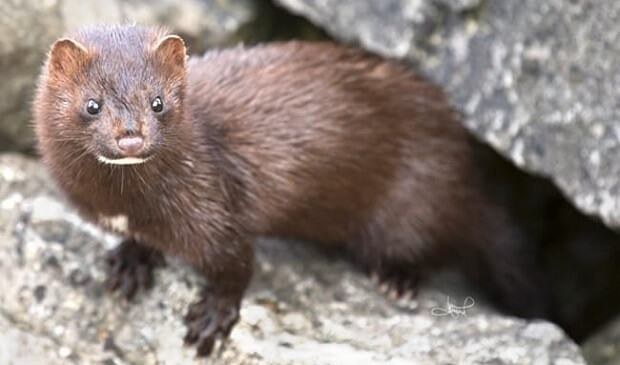 Wolverines, Latin name Gulo Gulo, is the biggest and the baddest member of the Mustelidae family on land. These animals that look like ferrets are pretty powerful and fierce so they will kill prey many times larger than them without too much trouble. There are records of wolverine killing an adult deer so if you see a wolverine, don’t come near. When it comes to physical description, wolverines look more like a small bear than a ferret thanks to their large torso, but they do have short legs and round heads. They are around 80 centimeters (32 inches) in length so they are much bigger than ferrets and polecats. Wolverines are most likely to find in the North Hemisphere in snow forests, alpine tundras, and other cold places. 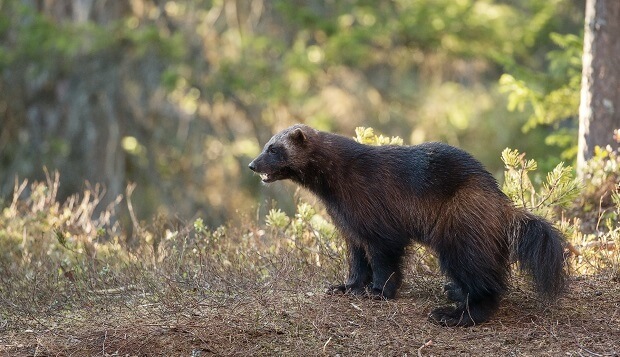 Otters, Latin name Lutrinae, are another type of animals similar to ferrets although they are mostly connected to a body of water. They can be semiaquatic, aquatic, and marine. There are 13 otter species in this subfamily and they all look similar to ferret due to their long body and short legs. Asian small-clawed otters are the smallest of all otters and the giant river otter is the biggest one. The Asian small-clawed otter can be around 60 centimeters long (two feet), while the giant river otter can grow up to 1.8 meters (6 feet) in length. Just like ferrets and other mustelids, otters are carnivores although their diet is connected to water so it is mostly fish or invertebrates. 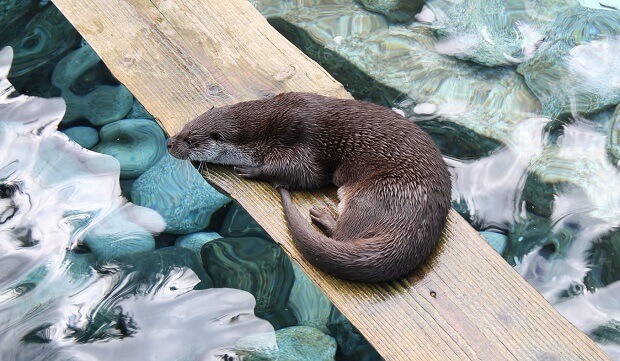 There are many animals similar to ferrets, but when it comes to pets, there are none. The only animal you can consider a pet from the Mustelidae family, besides ferrets, are hybrids between ferrets and European polecats. Do you have any experience with hybrids? Share your story below in the comment section!