Do you know what ferret body type is your ferret?

Why are some ferrets bigger than others?

Here, you can learn all there is about every ferret body type on the planet. I have gathered information about each and every one so you can easily recognize them all. Continue reading my post and see if your ferret is a bulldog or a whippet! 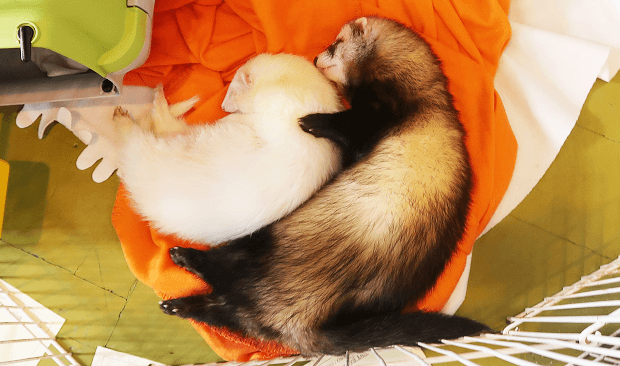 What Are Ferret Body Types?

Every ferret has a long body and short legs. But, that is not the only thing you can notice when looking at a ferret. That is why there is an unofficial classification with three main types of the body in a ferret.

A bulldog ferret is a ferret with a strong and wide body and by its constitution, it is far bigger than other ferrets. You can see why they are called bulldog ferrets.

The bulldog-type ferret has a rounded head with a muscular body. You can recognize it by its short legs and the way it walks closer to the ground. You can almost say it is sneaking through the room, but that doesn’t mean it is slow. 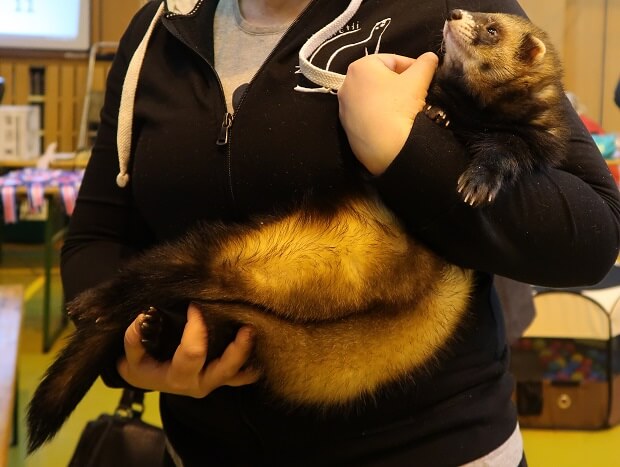 A bulldog ferret may look chubby but it doesn’t have to be. When you grab that type of ferret you can feel the muscles, but they are bigger and bulkier. Due to their constitution, they aren’t the best jumpers and they mostly rely on their strength.

Bulldog ferrets are those big ferrets I have seen in Budapest on the 6th International ferret show. You can read in my post how it was on the ferret show. Those ferrets are large in body type and some of them are probably a descendant of a ferret that lived on fur farms. People bred big ferrets there to get more fur and that is why their descendants today, are big ferrets.

A greyhound ferret is a ferret with a much slimmer figure than a bulldog ferret. You could say that standard ferrets are greyhound types. They are slender, long, and fast.

When you grab a greyhound ferret you can feel the muscles under the fur so it is not a weak ferret. Their muscles are longer and slimmer so you can be sure that it won’t give you that “fragile” feeling. 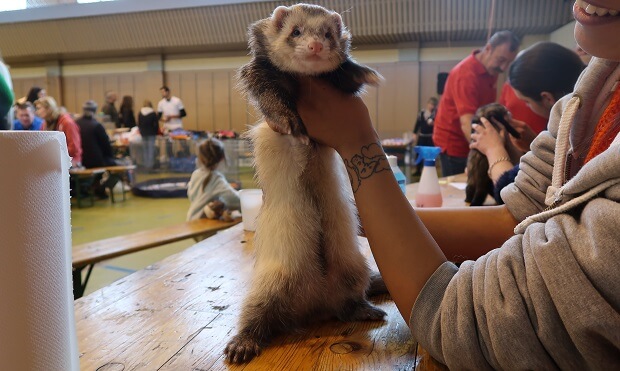 Greyhounds mostly aren’t small in size, even though you would expect that. Their main characteristic is their long body. Actually, everything on them is slightly elongated.

Greyhound ferrets are most common in the European continent. They are ones used for hunting rabbits since they are slim, fast, and strong. That was the right combination for the job.

In the dog world, a whippet could be considered as a pocket version of a greyhound. The same story is with ferrets. Whippet ferret is the smallest ferret type.

By its body structure, a whippet ferret is very similar to the greyhound type. A whippet ferret has a very slim figure, long body, and legs, and usually walks around with a highly arched back. 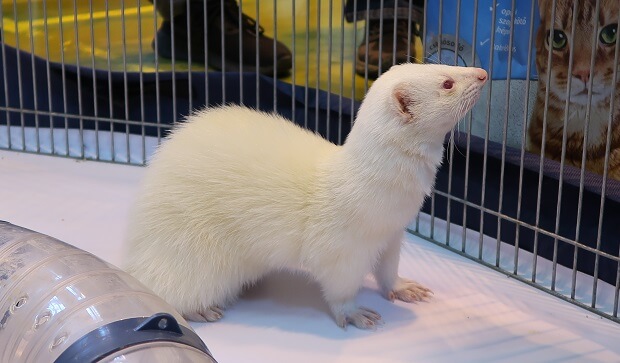 Their entire body structure is much thinner. When you grab a whippet, you can feel its muscles, but they are much smaller than ones on a greyhound. A whippet ferret can give you that “fragile” feeling I mentioned above, although they aren’t fragile in any way.

Most ferrets you can find in the United States of America are actually whippet ferrets. This type of ferret is a high energetic ferret that loves to run around. They are rather agile, fast and they love to jump.

Which Ferret Body Type To Pick?

If you want a ferret, its body type is not something you should pick because if you pick a bulldog ferret, it won’t mean it will be a lazy ferret. If you pick a whippet, it won’t mean the ferret will be highly energetic and that it will jump around. Ferret’s personality determines those traits so pick any ferret you want, no matter the shape and size. It doesn’t matter if you are looking for a bulldog, greyhound, or whippet ferret for sale, make sure you get it from a respectable breeder. To learn more about how and where to buy ferrets, read my post about ferrets for sale. 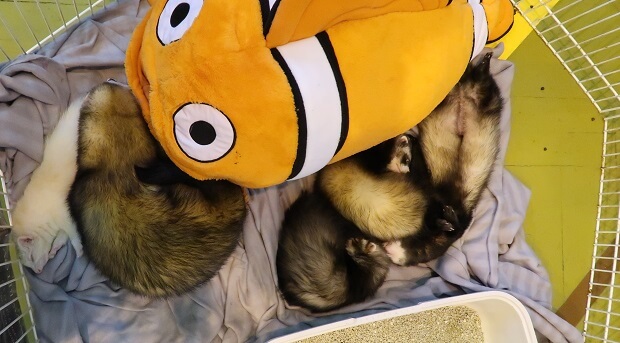 A good breeder should provide you a socialized ferret. That means the ferret won’t bite, it will know what a litter box is for and it will be generally a well-behaved ferret. If you get one from a pet shop, you have to prepare yourself to do all that alone. I don’t encourage buying ferrets from pet shops because they come from ferret farms. The conditions they have ferrets in are not good. In my opinion, the best way to get a ferret is to adopt one because every animal deserves a second chance.

No matter if you are adopting or buying a ferret before that make sure you know all the right ferret information. So, check out my ferret eBook and you will have everything you need in one place.

It is interesting to know a difference in their body type, but in the end, it all comes down to one thing.  It doesn’t matter what ferret body your fuzzy has, what matters is that it is a healthy and happy little ferret just like it is supposed to be. Which body type is your ferret? Share it with us in this post and subscribe to our Friendly Ferret newsletter!